With Tommaso, Abel Ferrara Re-Examines the Suffering in Past Works Like Bad Lieutenant 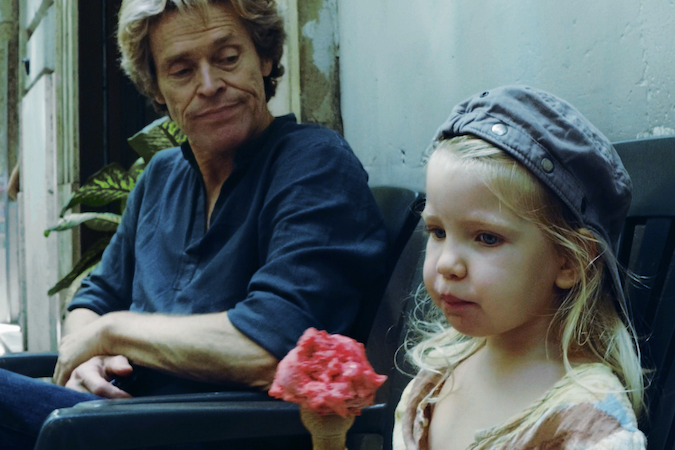 Abel Ferrara’s recent films haven’t explored the suffering of works quite like Bad Lieutenant: He’s spent the last five years focused primarily on run-and-gun documentaries like Piazza Vittorio, which looks at the historic Rome neighborhood where he now lives. But his latest feature, Tommaso, brings personal pain home. His friend and neighbor, Willem Dafoe, plays the patriarch to Ferrara’s real-life family in a film shot in Ferrara’s own apartment.

Abstract images and moments in Tommaso harken to the King of New York director’s deep Catholic roots, which are evident in Bad Lieutenant, arguably Ferrara’s most famous film. Lieutenant follows an unhinged Harvey Keitel as a maniac cop weighed down by a gambling addiction — alongside just about every categorical vice in the book.

But Bad Lieutenant isn’t just an abject descent — in a key moment late in the film, Keitel’s self-servicing cop is completely wrecked by the notion that a victim would choose forgiveness rather than pursue vengeance. This leads to a supreme act of selflessness which leaves him moaning and whimpering at the realization that his supremely godly act has sealed his fate.

The Bronx-born Ferrara went to Catholic school in the city, before moving to Peekskill as a kid — which promptly ended this Catholic schooling. But this short period had a lasting impact. “The Jesuits say, ‘Give us the boy until he’s five, and you could have him for the rest of his life,'” Ferrara tells MovieMaker.

In Bad Lieutenant, Keitel’s character curses out a vision of the suffering Christ who approaches him down the center aisle of a cathedral. Keitel’s speech has shades of God’s rebuke to Job — a vulgar variation on the thunderous “Where were you…” speech. In Tommaso, Dafoe’s director character frequently imagines himself suffering as Christ. At one point, Dafoe, who played Jesus in Martin Scorsese’s The Last Temptation of Christ, appears on a cross, flanked by the two thieves, in urban Rome. This is a bold move: equating this man’s small-scale relationship drama and daily battle to remain sober with the intense suffering of Jesus. In this regard, Tommaso shares common ground with Terrence Malick’s The Tree of Life, which equates an autobiographical tale of growing up in ’50s Texas with the literal creation of the universe. (The Tree of Life also opens with the quote from the Book of Job.)

One development that makes the Catholic imagery so interesting is that Abel Ferrara now finds strength in Buddhism.

Ferrara explains St. John’s impact as his longtime screenwriter: “Those films like The Funeral, The Addiction, and The Dangerous Game are coming from the point of a view of a believer, which I wasn’t. And then, I started coming back to a spiritual place, which was to the Buddhist practice.”

“I was practicing Buddhism for five or six years while I was still using, and it doesn’t really work. You can’t have a spiritual life and also be addicted.” He adds that the first time he meditated sober “was quite a revelation.”

Is it a coincidence that longtime New Yorker Ferrara ended up in Rome, of all places? He shrugs off the suggestion with a joke: “There’s more atheists in Rome than crucifixes.” But he follows up.

“There’s beautiful churches here. It’s really a crime that because of the virus, they’re closed, and everybody needed them so bad.” As a Buddhist, Ferrara further notes the “demonic” nature of the coronavirus and how the concept of the breath is so vital to proper meditation, which “this disease just takes away.”

Tommaso is now available in virtual theaters via Kino Marquee.

Want more Abel Ferrara? Subscribe to MovieMaker‘s print edition to read his “Things I’ve Learned as a Moviemaker” in our forthcoming Summer issue.