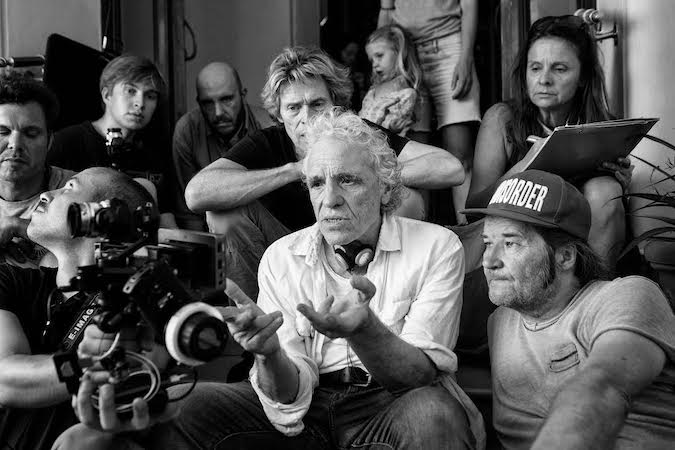 The work of Abel Ferrara has always mixed arthouse and grit, and his two 2020 films continue that tradition. The Bronx-born director of King of New York and Bad Lieutenant lives in Rome now, and he’s seven years sober. He’s still as passionate as ever, but four decades of moviemaking wisdom now infuse the punkish sensibility behind such films as 1979’s Driller Killer.

Ferrara shot the just-released Tommaso in his own Rome apartment, casting Willem Dafoe as a stand-in for himself. (Ferrara’s significant other Cristina Chiriac, and daughter, Anna Ferrara, play Dafoe’s film family.) This fall, Kino Lorber will release Ferrara’s The Projectionist, a doc that profiles Cypriot immigrant Nick Nicolaou, who came up in the ’70s running both arthouse and adult theaters. Nicolaou still runs the Cinema Village in the West Village today and refuses to sell to developers.

Abel Ferrara hasn’t sold out either. He’s as spikily energetic as ever, though no one threatens to throw him in jail anymore. (See #12.) —C.H.

1. You gotta shoot. You gotta get your game together, and you gotta get confidence in your own game. And the only way to learn how to make a film is to make them.

2. There’s no rulebook, there’s no guidebook. Pasolini is a genius, and he said it takes 45 minutes to learn everything you need to learn to direct. Maybe that’s true, maybe it’s not, but you understand the point he’s making.

3. By the time you pick up a camera, you’ve already committed to it — you’re already saying, “I need to express myself,” one way or another. Some people are in the audience and other people are the artists. And once you declare yourself in that position as an artist, you just have to work through it and do it.

4. Who knows what influences you? You could walk down the street and think you’re being influenced by something right in front of you, and you write it down or you photograph it — you shoot it on your phone. Meanwhile, maybe something in your peripheral vision across the street that you’re barely hearing is working on your subconscious. Keep yourself open to it.

5. Every moment is an improvisation, whether you have lines or not. If it helps you and the actor to have lines — maybe there are things you want to hear said or you want to do — put it in the script then. But you might want to approach a scene from another way from what you had planned. Just keep it open, so long as you got everybody around you and everybody’s positive. When you’re shooting, you’re on sacred ground, man. That’s when it’s beautiful. When a moment comes, and the camera’s on, once the actors are all there… fuck, you have to find the joy in it. There’s nothing you could do wrong. I mean, try it all. Try it improv. Try it a different way if you got time. Go for it.

6. There’s no right way to do it. There’s no game plan… I mean, have a game plan if you’re the kind of person that needs to know certain situations. Sometimes, I go in and need to be really buttoned-down with everything, because I don’t want to forget this or that. But other times you have to go in on instincts.

7. Raising money, that’s a bitch. Ask everybody you know that has money or you think has money, and leave no one out. Go to the ends of the earth. Don’t be afraid. Pitch your ideas. Send your script. Talk to everybody. Don’t be afraid to say, “I’m making a movie, and I need money.”

8. When I told my mother I’m going into the film business, she said to me, “There’s a broken heart for every light on Broadway.” And Broadway goes from 233rd Street to the end of the island. So there are a lot of fucking lights and broken hearts. 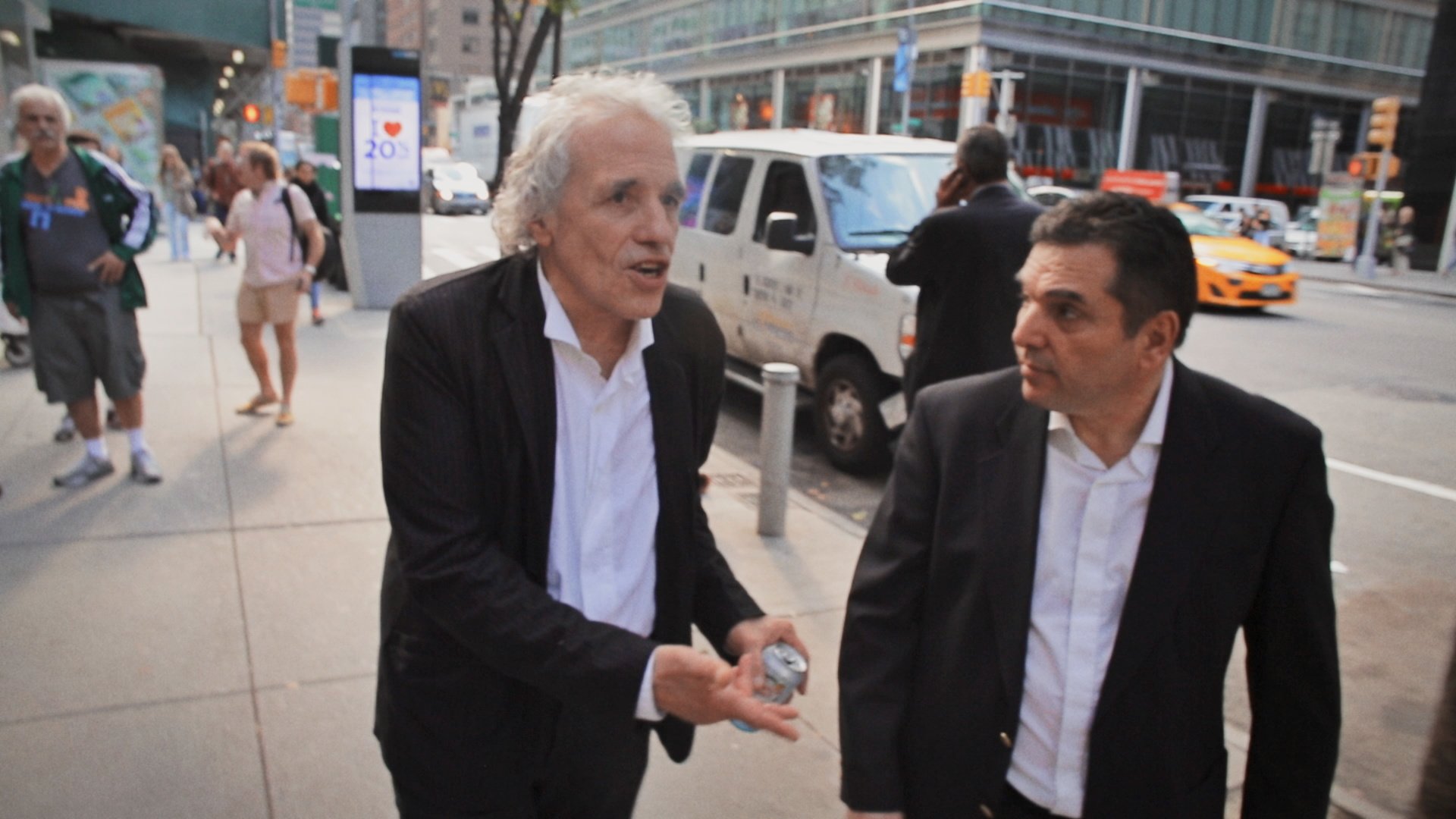 Abel Ferrara (L) and Nick Nicolaou (R) in The Projectionist.

9. It’s a beautiful part of the process, when you get going and you’re writing and when you’re tired of writing, you start prepping it, and that’s cool. And then when you’re sick of that, you start shooting. Obviously the shooting is the moment of truth. That’s always the shortest and most intense part, but still, everybody’s happy when it’s a wrap. No matter how much you love movies and making them, the happiest days on a film are the first day and the last day. And everybody’s ecstatic, and then you’re done. And you start editing, and when you get sick of editing, like where I’m at now, I want to shoot — I want to get back to it.

10. The editor’s voice is powerful — you need it right from the get-go. My editor is there from the writing through all of it — he is cutting while we’re shooting, because I want to know if we’re going off the rails. I need to hear his voice from the very beginning, and if we have time during the shoot, we see stuff together. And then we’ll finish shooting, chill out, and look at what he put together, and then we go back and start from frame one.

12. A director takes the Hippocratic oath. Like the doctor who won’t let anything or anybody hurt that patient, as a director you can’t allow anything that’s going to hurt your film. You could bribe me; you could put matchsticks under my fingernails; you could put a gun to my head; you can threaten me with jail, and that’s happened to me — nothing is going to hurt that child while it’s learning to walk. There’s no compromise on that: It’s zero.

13. Pick the people that care. Right off the bat you can tell the people that don’t care, and just kiss their ass goodbye, bro. You can’t have any negativity. It’s too powerful. It’s too important. The actor’s there, and he’s acting, but he’s reflecting the energy of the group. It’s all in his eyes, actually. Everyone around them has to be on and in. We all have our separate jobs: The actor has his gig, and I got my gig. I’m not teaching him how to act. But on top of every specific thing I’m doing, I make sure the fucking car stays on the road.

15. Just shoot, man. In this day and age, you’ve got your phone — that’s a beautiful sync camera. You can even cut on your phone. You got the computers that edit. You got internet that can connect you and your movie to the whole world. Just go for it. Follow your heart.

16. Get yourself a good group of friends that believe in you, and that’s all I can say.

—As told to Caleb Hammond