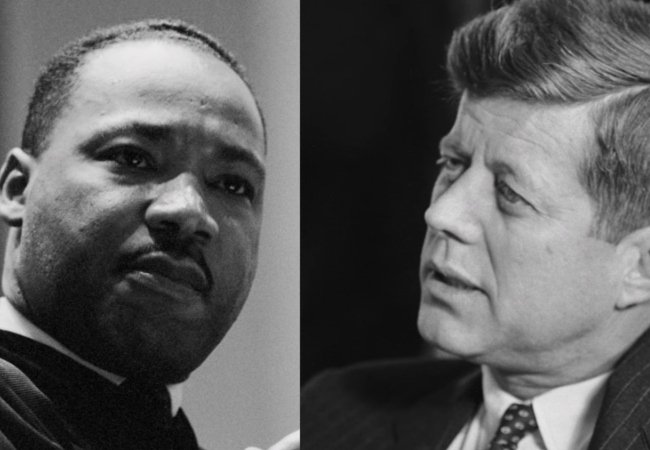 Though John F. Kennedy is widely regarded as one of the most progressive U.S. presidents, the new Netflix historical docuseries from Will Smith and Larry Wilmore called Amend: The Fight for America reexamines Kennedy’s initial hesitation to work with Martin Luther King, Jr. to pass what would later become the Civil Rights Act.

In Episode 3 of Amend, titled “Wait” — in reference to a word so often used to placate Black citizens into delaying their fight for justice and equality — historians shed light on Kennedy’s failure to support the Civil Rights Movement during his first two years in office, despite having benefited from the support of Black voters on the campaign trail.

“When John Kennedy was running for president in 1960, Black people started flocking to him as their candidate because he had shown some compassion for the Civil Rights Movement. And when the election came around, they turned out for him in huge numbers, but very quickly after he got into office Kennedy started backpedaling,” Steven Levingston, author of the book Kennedy and King, said in Amend.

Instead of Civil Rights, what captured most of Kennedy’s attention was the Soviet Union’s advancements in space and the threat he believed Russia posed to America’s dominance among world powers.

“[Kennedy] saw the Civil Rights Movement as sort of an impediment to the United States conducting the Cold War, so for the first two years of the administration, very little happened,” noted Columbia University historian Eric Foner. 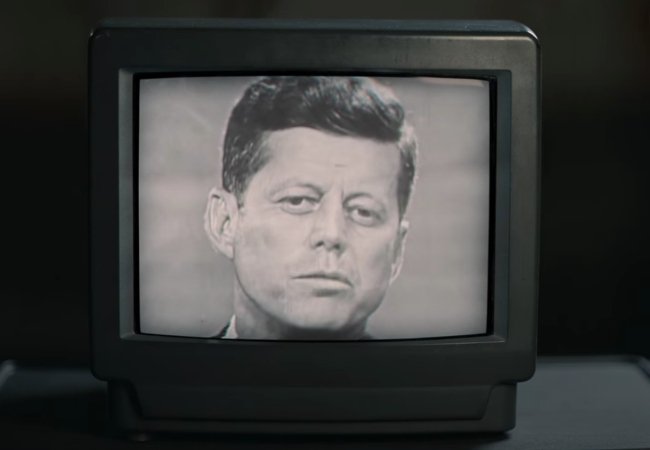 Civil Rights activist and scholar Mary Frances Berry put it frankly: “John Kennedy was not that interested in what was going on with the Civil Rights Movement.”

By 1962, 10 years had passed since the start of Brown v. Board of Education, the landmark Supreme Court case that was supposed to put an end to segregation in schools. But the majority of Black school children in the South were still attending all-Black schools.

According to Levington, King’s goal was to convince Kennedy to issue a second Emancipation Proclamation outlawing segregation once and for all.

That year, King drafted a second Emancipation Proclamation, but Kennedy refused to sign it.

To underscore the significance of the moment, the next year, 1963, marked one century since Abraham Lincoln signed the Emancipation Proclamation. King was growing impatient with Kennedy’s failure to fulfill his promises.

“I think the time has come for the president of the United States to sign an executive order outlawing segregation or declaring it unconstitutional on the basis of the 14th amendment,” King is quoted as saying in Amend. “I must say that President Kennedy hasn’t done enough, and we must remind him that we elected him.”

Also Read: Netflix’s I Care a Lot: Is Elder Abuse by Court-Appointed Guardians a Real Thing?

University of Maryland historian Christopher Bonner provided some context to King’s thinking at the time.

“There’s an urge to wait, to slow things down in terms of this struggle for change,” he said. “King is convinced that waiting is dangerous. King has seen and felt the sort of emotional and psychological damage of segregation — economic inequality, limited opportunities. Every day that he delays, every day that Civil Rights activists delay, is a day that Black people suffer.”

It wasn’t until Alabama Gov. George Wallace threatened to stand in the doorway and physically block any Black student who tried to enroll at the all-white University of Alabama, that JFK finally intervened. 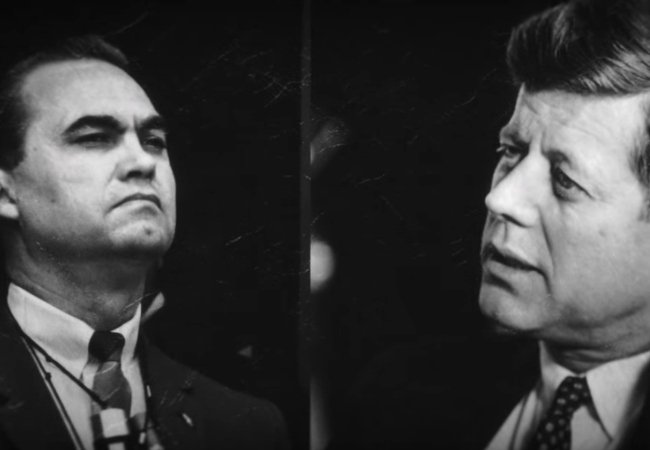 “Kennedy, I think, at that point recognizes that Wallace has gone too far,” said Carson.

So on June 11, 1963, Kennedy ordered the Alabama National Guard to go to the University of Alabama and force Wallace to stand aside, allowing Vivian Malone and James Hood to become the first two Black students to enroll at the school.

That night, Kennedy also addressed the country on national television.

“One-hundred years of delay have passed since President Lincoln freed the slaves, yet their heirs, their grandsons, are not fully free,” Kennedy said in the speech. “They are not yet freed from the bonds of injustice, they are not yet freed from social and economic oppression, and this nation, for all its hopes, will not be fully free until all its citizens are freed. My fellow Americans, this is a problem that faces us all.”

Carson still thinks of that speech as drawing a direct parallel between President Kennedy and President Lincoln.

“I think of it in terms of the way Lincoln eventually responded to the moral issue of the Civil War. I think that in both cases you have a president who is reluctant to face the moral implications of what’s going on, who is finally convinced that they need to catch up with the world,” Carson said in Amend.

Kennedy’s speech directly urged Congress to enact legislation putting a stop to segregation in all public spaces including restaurants and retail stores. Though he wouldn’t live to see it pass, Kennedy gave wings to what would become the Civil Rights Act of 1964.

Amend: The Fight for America is now streaming on Netflix.