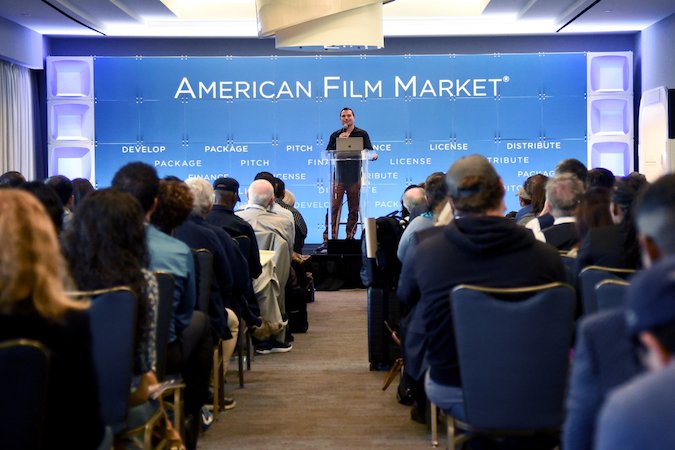 The American Film Market is moving online for its 41st edition this fall, the Independent Film & Television Alliance announced Monday.

As a key international film event focused on film acquisition, development and networking, the American Film Market typically accommodates over 7,000 professionals from over 70 countries who gather in Santa Monica to make deals each fall. The IFTA, which produces the event, said in May announcement that it planned to go through with the event.

But like the Cannes Film Festival and other prominent film marketplaces, it has decided the risks are too great in the era of COVID-19. AFM will instead embrace a virtual format in the wake of the global pandemic, mirroring last month’s Cannes Virtual market.

IFTA also announced AFM Online will now take place over five days, running from Monday, November 9 through Friday, November 13, shifting one week later than originally scheduled to avoid overlap with Nov. 3, which is Election Day in the United States.

“By making this announcement four months in advance, AFM’s stakeholders can move forward and plan with certainty,” said Michael Ryan, chairman of IFTA and a partner in GFM Films. “AFM 2020 Online will give the global film community the opportunities that are always critical to our success — to meet, share knowledge, collaborate, and discover tomorrow’s films as they do every year in Santa Monica.”

The full program and details will be unveiled later this summer, IFTA said.

For an up-close look at how AFM functions in a normal year,  check out the Demystified video series from our friends at StudioFest. The first episodes of the series focus on the producers behind StudioFest traveling to AFM in hopes of selling their first film, Souvenirs. They learn more about what distributors are seeking, and ultimately receive an offer on their film.

Here is the first episode of Demystified:

To learn more about AFM Online visit the website here.