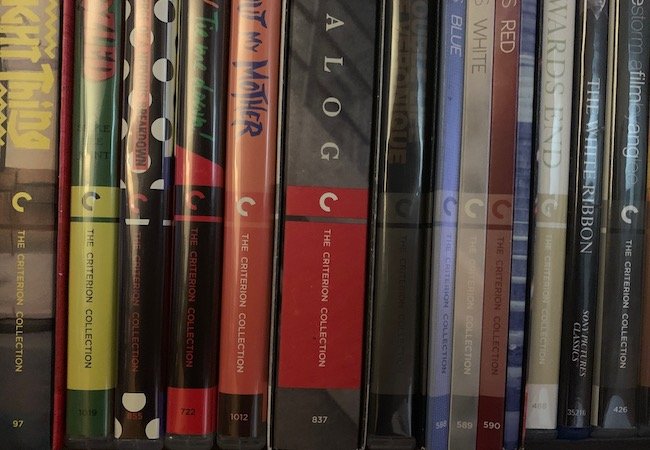 In today’s Movie News: Ben Affleck is back in a flash as Batman; a Darkman oral history; Ethan Hawke is a man out of time in Tesla; and the beloved Criterion Collection responds to criticism about its lack of diversity. Plus: Two great teen movies.

Batfleck Returns: Ben Affleck will return as Batman in the upcoming The Flash, Vanity Fair reports. He joins Michael Keaton, who will also return as Batman in the the upcoming The Flash, as previously reported. The movie features The Flash (Ezra Miller) crashing into parallel directions and meeting different versions of classic DC heroes. (Do Val Kilmer next!)

Julia Roberts Was Almost in Darkman? That’s one of the countless interesting details in this 30th anniversary oral history by The Hollywood Reporter, featuring Liam Neeson, Frances McDormand, Bruce Campbell and more.

Tesla: Emma Myers wrote this very entertaining piece about Michael Almereyda’s playful, deliberately anachronistic Tesla, which is about Nikola Tesla, played by Ethan Hawke, and Thomas Edison, played by Kyle MacLachlan, not about the cars.

A Teenage Love Story for Introverts: I talked to Chemical Hearts star and executive producer Lili Reinhart and writer-director Richard Tanne about how they rejected noisy teen-movie trappings in favor of a thoughtful, introspective film about two decent people falling in love — who happen to be high school seniors. You can listen to our full interview on Apple or Spotify or right here:

Another Thoughtful Teen Movie: In 1982, Fast Times at Ridgemont High looked unflinchingly at teenage life, and tonight no less than seven Oscar winners will assemble to do a live-reading of the script to raise money to fight COVID-19. John Legend and Ray Liotta just joined a cast that had already included Sean Penn, Matthew McConaughey, Julia Roberts, Morgan Freeman, Brad Pitt and Jennifer Aniston. (Update: The event has been delayed by technical difficulties, organizers said.)

Criterion Criticism: The New York Times went very deep on why the Criterion Collection is dominated by films by white directors. If you’re thinking, like I did, “because for decades, white directors were almost the only ones to get the green light to make films,” you may be surprised — the article goes into thoughtful detail about the beloved collection’s admitted blind spots. It’s an exploration, not a hit piece.

Who Watches the Watchmen: The Hollywood Reporter says Warner Bros. is investigating actor Ray Fisher’s contention that director Joss Whedon was abusive on the set of Justice League, enabled by producers Geoff Johns and Jon Berg. “Such an investigation is said to be standard practice following allegations about poor behavior on a set, with an insider stressing that the company is not pre-judging Whedon, Johns or Berg, and the inquiry is not limited to the three men,” THR says.

Have an Awesome Weekend, Everybody: Here’s Jackson Browne’s “Somebody’s Baby” from Fast Times at Ridgemont High:

Main image, above: Some Criterion Collection films belonging to my best friend, Juan Montoya, who took the photo. Schtoops!