Behind Her Eyes and Astral Projection: Things to Consider Before You Try It at Home

Astral projection plays a big role in Netflix’s new British mystery-thriller series Behind Her Eyes — but before you go and try it out yourself, be aware that no, there is not any evidence that you can switch bodies with people through out-of-body-experiences.

The absolutely wild, two-pronged plot twist in the sixth episode is fueled by an idea that blurs lines between reality and the supernatural. Yes, millions of people say they have experienced astral projection — but the existing research indicates that it almost certainly has never worked as it does in the show. And there may be entirely earthbound explanations for it.

So what is astral projection? The term refers to an experience during which people believe they are detaching their consciousness (or souls, or astral bodies, whatever you want to call it) from the physical body in order to travel throughout the universe. It is often described by those who say they’ve experienced it as a sensation of floating above and looking down at their physical bodies.

But again, don’t worry — as far as we know, there is no evidence that it allows people to switch bodies with each other like they do in Behind Her Eyes. 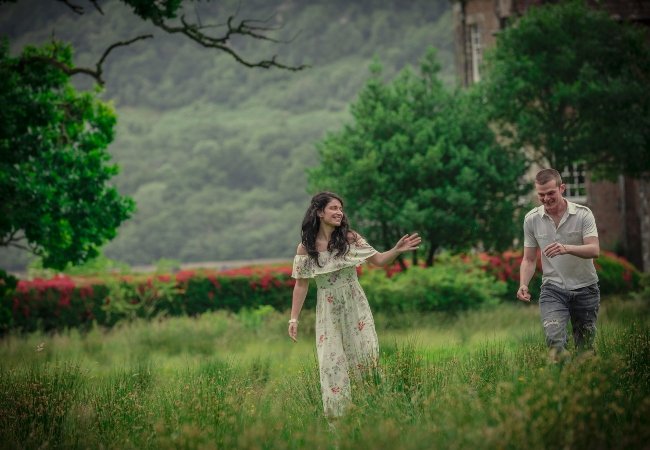 Adele (Eve Hewson) and Rob (Robert Aramayo) in Behind Her Eyes, courtesy of Netflix

If you haven’t seen the ending of the show (and you don’t mind spoilers), there’s no way to explain this ending simply, but we’ll try: the reason Adele (Eve Hewson) seemed like she was out of her mind is that, well, she was, quite literally, out of her mind. As in someone else’s consciousness was operating her body like a human meat-puppet.

Turns out Rob (Robert Aramayo) wasn’t such a nice guy after all. Even though it was his body that ended up at the bottom of a well, it was actually Adele who died. Minutes before, while they were astral projecting together (you know, as best friends do), he convinced her to switch bodies with him, just for funsies. But as soon as his consciousness was in her physical form, he decided he’d rather keep her mansion, her hot boyfriend David (Tom Bateman), and all her money. So he made the switch permanent by killing his physical body while Adele’s consciousness was still in it. Then Imposter Rob-in-Adele’s body shoved Adele-in-Rob’s-body down a well. Oh, and then when he’s done using Adele’s body, he decided to take over Louise’s (Simona Brown).

It’s a pretty exciting final twist, but unless the CIA and all of its declassified documentation on astral projection are hiding something from us, it’s not possible to actually switch bodies with someone via astral projection.

Plus, multiple medicals professionals have gone on the record to argue that nothing actually “leaves” the body during supposed out-of-body experiences at all. In an interview with Oprah Magazine, Dr. Susan Blackmore, psychologist and author of Seeing Myself: The New Science of Out-of-Body Experiences, explained that your brain just perceives it that way.

“The bottom line is that I think we now have the outlines of a complete neuroscientific explanation of what out-of-body experiences are,” Dr. Blackmore said. “That doesn’t mean we know every detail, but we have the outline. It is quite unnecessary, and indeed totally unhelpful, to talk in terms of astral projection, because that is an ancient theory that simply doesn’t fit the facts now.” 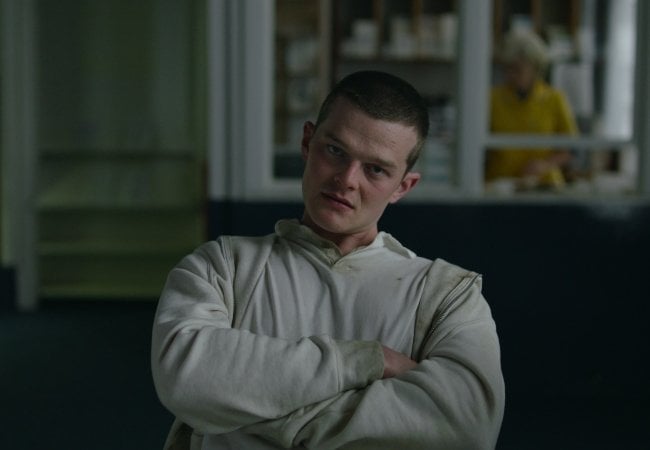 Robert Aramayo as Rob in Netflix’s Behind Her Eyes

According to an essay Blackmore wrote for the BBC’s Focus Magazine, “about twelve to twenty percent of the population in many different countries have had the experience at least once, with a very few expert OBErs able to induce it at will.”

Dr. Claude Messier, a professor from the University of Ottowa’s Brain and Mind Research Institute, affirmed to Oprah Mag that the out-of-body experience is simply a function of the brain.

“The out-of-body-experience is not a scientific validation for whether or not the soul exists. It’s just a different way that the brain functions,” he said. “It’s consistent with many bizarre or out of the ordinary ways the brain can function.”

So, if we’re going by science here, no physical iteration of your consciousness actually exits your body when you astral project — and therefore, no one else’s consciousness could sneak in while yours is away.

Okay, one last note on astral projection — if you’re a beginner interested in trying it out for yourself, do your research first and proceed with caution. Check out this beginner’s guide from Bustle featuring advice from ascension guide and channeler Laura Brown. She recommends starting with meditation and also cleansing your space of negative energy.

All six episodes of Behind Her Eyes are now streaming on Netflix.

Main Image: Simona Brown as Louise in Behind Her Eyes, courtesy of Netflix.

Slamdance Doc A Tiny Ripple of Hope Tracks One Man’s Sacrifices to Help Chicago Youth (Exclusive Clip)
Attack of the Murder Hornets: That Time a Deadly Insect Made a Beeline for the Director