Best Places to Live and Work as a Moviemaker in 2014, Top Small Cities: #2. Wilmington, NC 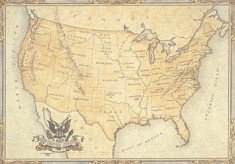 It’s MovieMaker’s 2014 edition of the Best Places to Live and Work as a Moviemaker! We’re counting down through our Top 10 Big Cities, Top 5 Small Cities, and Top 5 Towns—releasing one location a day for the entire month of January. The full list, published in MovieMaker‘s Winter 2014 issue, will be available on newsstands January 28.

Unlike previous years where locations were pitted against each other in a single pool, this year we separated the list into three distinct categories: Big Cities (pop. 500,000 and up), Small Cities (pop. 100,000 to 500,000), and Towns (pop. 100,000 and under). After months of research, interviews, and mathematical formulas, we boiled the rankings down to the essential elements. All locations were rated according to six criteria: Film Production in 2013 (shooting days, number of productions, dollars generated), Film Community and Culture (film schools, festivals, independent theaters, film organizations), Access to Equipment and Facilities, Tax Incentives, Cost of Living, and a General category that included lifestyle, weather, and transportation. Did your place of choice make the list? If not, maybe you should choose again if you’re serious about rooting yourself in a location that’s conducive to your career and life goals – or drop us a comment proposing a place we overlooked this year!

Wilmington, North Carolina comes in a strong second on our Small Cities list, despite its pretty diminutive size. After all, how many can lay claim to three of the top grossing films of 2013 (Iron Man 3, The Conjuring, and We’re the Millers)? Or film projects generating over $150 million annually?

North Carolina’s tax incentives are currently at 25 percent and they recently increased the project cap from $7.5 to $20 million. Aaron Syrett, Director of the NC Film Office, makes another case for its affordability: “Wilmington is not a large city—it’s a turn-key operation. A production can get more on the screen, because shooting in Wilmington is less expensive and you’re not importing a lot of people and equipment. Besides, the locals welcome and embrace the industry, the climate is great all year around, and you’re right on some of the best beaches in the country. If producers are not looking at North Carolina, they’re not doing their jobs!”

Since the early ’80s, Wilmington has fostered a flourishing film community with the largest soundstage east of Los Angeles, film festivals of various shapes and sizes (from Cucalorus to Surfalorus, French Film to Bollywood to Cape Fear) along with over 700 professionals ready to work at a moment’s notice. Even the international airport is positioned for moviemaking, just a few steps away from a major studio and production facility. For more information about filming in Wilmington visit the Wilmington Regional Film Commission.

Check back every day for the rest of January to see which small cities and towns are the best places to live and work as a moviemaker in 2014! Previous rankings: