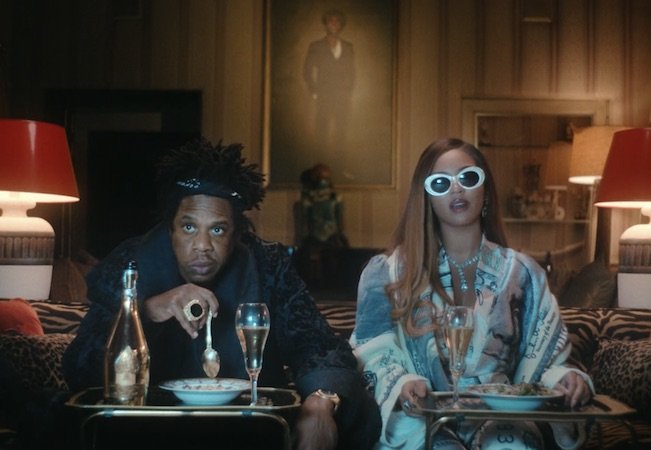 Our latest episode of the Low Key podcast covers the Beyonce visual album Black Is King, a re-envisioning of the classic Lion King tale through the talent and vision of Black folks across the globe. You can listen on Apple or Spotify or right here:

In fact, each song for this project was part of Disney’s CGI-live action 2019 Lion King remake, but Black Is King adds additional layers and textures to each rendition by introducing a wide array of African people, traditions, and modern experiences. Some audiences will be bewildered and others will not be able to find the words to explain why this is such an important piece of art beyond typical rating critique.

Why did this baby just make me cry????
Yo, these images matter. So grateful to contribute. #BlackIsKing ??? https://t.co/4X4Lxca5As

This stuff is important. Representation is important. And I said that myself during this episode, yet there’s so much I regret neglecting to mention to help contextualize how Beyonce and her husband got here in the first place.

Bey and Jay have been been a couple since 2003. (Okay, I’ve recovered from the shock of Googling the year.) Anyway, they have been a power duo the entire time and with that came great expectation to not simply output entertaining hits but make an impact in the African-American community. Like many of their peers of color in the spotlight, they were accused of not wanting to rock the boat too hard for fear of becoming media pariahs for speaking up against social injustice.

In 2013, prolific actor and Civil Rights activist Harry Belafonte called out the couple for turning their back on “social responsibility” while saying about Bruce Springsteen in the very next sentence “I think he really is Black.”

Even at the time, I would have argued this was an unnecessarily harsh criticism and poor framing for an argument. Yet time and time again, Black celebrities are often given real-life examples of the stark choice between staying quiet and continuing success or speaking up and losing their careers (see Colin Kapernick). Many people, when issued a public challenge on social issues, have balked and ignored the call to action. Beyonce and Jay-Z, since that time, have been vastly more public as Civil Rights activists, plainly expressing Black upliftment in their art.

Black Is King was filmed on multiple continents with input from artists encompassing the Black diaspora, many of whom are not African-American. It is truly a Pan-African tapestry unlike anything we’ve seen from a mainstream platform. This is a win for Black forms of expressions everywhere. The simple reviewer’s take is that everything is done with care, from the music to the clothing design to the cinematography  — it’s worthy of at least one viewing to appreciate. The project is not for everyone and that’s okay. Neither is Mony Python and the Holy Grail.

Tim, Keith, and I had a lot more to say during the episode, but I would be remiss to not share what escaped mention during the time we recorded.

Black Is King is streaming now on Disney Plus.

How Well Does The Business of Drugs Make the Case for Drug Legalization? (Low Key Podcast)
Does Batman Have to Be Buff? (Podcast)