Bill Nighy is an actor’s actor.

Over the past four decades, he’s appeared in well over 50 features, including some of the most beloved film franchises of all time—maybe you’ve heard of Pirates of the Caribbean or Harry Potter?—not to mention a countless number of TV series, video games and stage performances. Nighy’s ubiquity is completely unsurprising; his unique charm lends itself to roles as varied as his influences, which range from (as he tells it) Ernest Hemingway’s early stories to Adam Sandler’s performance in Punch-Drunk Love.

Nighy’s iconic BAFTA award-winning performance as the lovably bitter Billy Mack, the washed-up rock star of Love, Actually, couldn’t be further from his character in director Juan Carlos Medina’s upcoming thriller The Limehouse Golem. Even as a Victorian-era Scotland Yard inspector investigating a series of gruesome murders, Nighy manages to imbue his performance with the same sense of humility that comes across in his more comedic roles.

Not unexpectedly, that modesty came across when I caught up with him via phone to see what experiential knowledge he had to share with his fellow creators. – K.R. 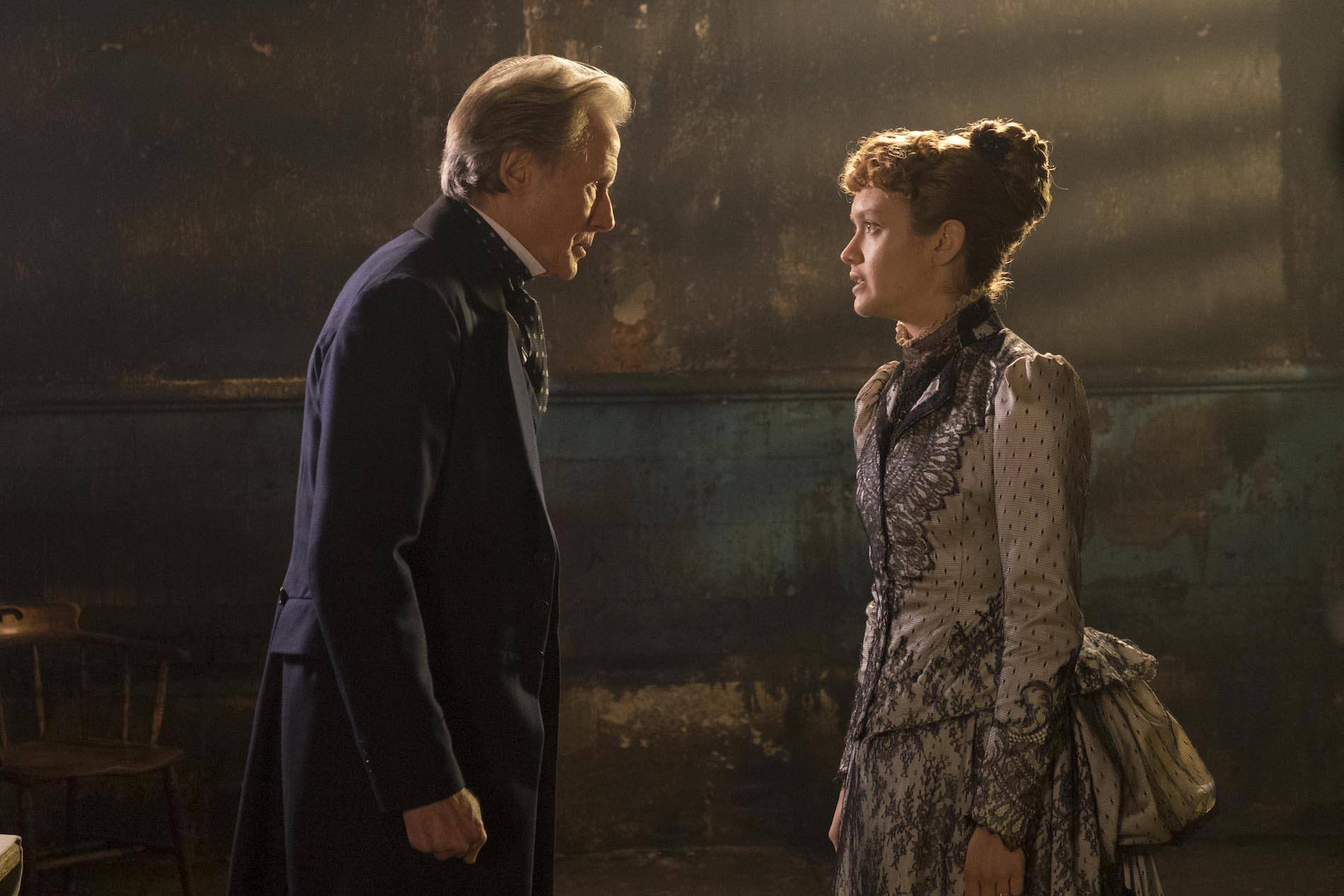 Bill Nighy as John Kildare and Olivia Cooke as Lizzie Cree in the thriller film The Limehouse Golem. Photograph by Nick Wall

1. Don’t take drugs, pay your taxes, and if anyone says you have to feel everything, call a cab.

2. I like trailer days when it’s raining—in other words, where you get called to work very early in the morning and then, because of one reason or the other, you don’t work all day, and they leave you in the trailer, and it’s raining on the roof, and you’ve got a good book and music and a kettle for tea. That’s one of my favorite things, because then you’re in a limbo where no one can reach you. It’s stolen time.

3. Lots of people have difficulty sleeping before the first day of a shoot. I always seem to arrange to arrive already exhausted before I even start. That’s irritating. Even though I do everything right and I have a bath, and I go to bed at 10 o’clock, and I do some exercises, and don’t drink coffee after two o’clock.

4. Acting is instinctive. I don’t think there is any training that’s necessary. Acting is action; it’s physical and it’s vocal. A passive activity like watching or reading isn’t going to help you do something that’s active, and [acting isn’t] cerebral, necessarily, so thinking about it isn’t going get the baby bathed, either. Just doing it and repeating it seems to be the thing.

Daniel Mays as George Flood, María Valverde as Aveline Ortega with Nighy in The Limehouse Golem. Photograph by Nicola Dove

5. It doesn’t matter how old you are. Acting isn’t something that necessarily gains from experience. If you’re starting out, you could be guided by your director, guided by the example of the other actors, but you don’t have to wait to be any good. Often you see very young performers who are far more accomplished than older people will ever be, and it’s not to do with age or with experience. And the idea that people who have experienced things in life will be able to act them better is of course completely, comically ludicrous.

6. My confidence—or at least my ability to suspend my disbelief in my ability—has grown, largely out of desperation, so therefore I’ve been able to operate better. I don’t think there’s anything I do now that, if I had believed in myself, I couldn’t have done when I was 21.

7. Before going on stage recently in New York, in Skylight by David Hare with Carey Mulligan, I would give a photographic portrait of Eric Morecambe, the great English comic. I would put my black-rimmed glasses to one side at an angle over my nose, I would put two fingers to my head in a two-fingered salute and I would click my heels together military-style and feign a groin injury to make myself laugh. It’s all in honor of Eric. It places me in an honorable tradition, and it slightly changes the weather in my head. MM

As told to Ko Ricker.