Blunt Talk on Superheroes; In Praise of Low Stakes; Oops 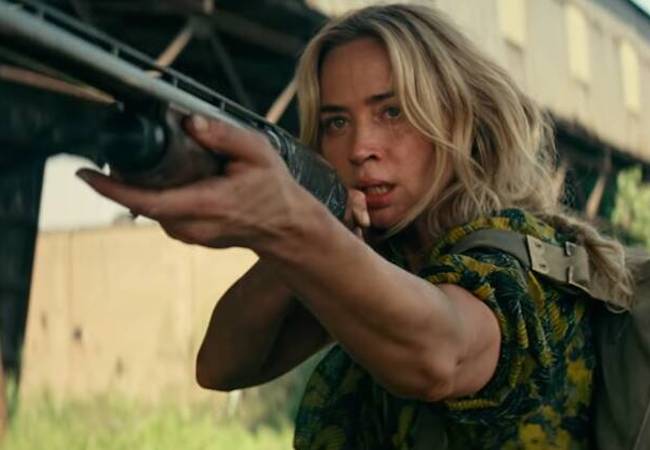 Emily Blunt is not only not making a superhero film but doesn’t like them in general; The Outside Story proves movies don’t need epic stakes; the press as HR. All in today’s Movie News Rundown.

But First: We talked with Barry Jenkins and cinematographer James Laxton about the ambitious Amazon series The Underground Railroad. Keep an eye on our homepage for the story later today, or subscribe to our weekly newsletter to have it sent your way.

Life and Death: You know when you’re getting divorced and visiting your mother in the hospital and you meet an amazing person who may or may not be real? Steve Basilone talks to us about how he turned that trying experience into his new film The Long Weekend.

‘In Hollywood, Is the Press the New Human Resources?’: That’s the title of a smart new Hollywood Reporter piece by Liz Alper and Deirdre Mangan, television writers and co-founders of the grassroots group #PayUpHollywood, who argue that productions should prevent bullying and harassment without needing a prod from the news media.

More Knives Out: Janelle Monáe is the latest to join the new Knives Out film, the cast of which now includes Daniel Craig, Edward Norton and Dave Bautista. THR broke the news but didn’t include the cool accent mark in Monáe. That place is really falling apart. We would never get a name wrong.

Oops, Ahem, Cough Cough: At one point in yesterday’s Rundown I mistakenly referred to the late, great Norman Lloyd as Harold Lloyd. Harold Lloyd is a different terrific actor and I feel dumb about this error. See, this is why the press can’t be trusted to run human resources.

Low Stakes: One of the rules you hear constantly in screenwriting is to “raise the stakes.” But the new film The Outside Story defies that rule. It’s about an introverted Brooklyn moviemaker, played by Brian Tyree Henry, forced to re-evaluates his life after he’s locked out of his apartment. If you’re looking for a good-hearted movie that’s very grounded in reality but doesn’t bum you out, you might like it. We talked about it on the latest Low Key podcast, which you can relax and enjoy (we hope) here:

More: Let’s also go ahead and re-share this piece by the films’s director, Casimir Nozkowski, about how hard it is to shoot on rooftops.

Super: Asked if she might make a Fantastic 4 movie, Emily Blunt rejected not only that idea but pretty much the whole superhero genre. You know that dull trend where people on Twitter hope something will happen and then it gets reported as a “rumor”? Lord. Anyway, Blunt will not be playing Sue Storm, she told Howard Stern. “That is fan-casting. No one has received a phone call. That’s just people saying, ‘Wouldn’t that be great?’” She told Stern she considered playing Black Widow at one point, but now feels: “I don’t know if superhero movies are for me. They’re not up my alley. … It’s been exhausted. We are inundated. It’s not only all the movies. It’s the endless TV shows as well.” That said, she says, the door is open if something extremely cool presents itself.

Thank You for Reading: Here’s Harold Lloyd in 1923’s dazzling “Safety Last,” which, like The Outside Story, involves a cop and lots of climbing.

Main image, above: Emily Blunt in the upcoming A Quiet Place 2, which is not a superhero movie.