How They Did It: Burning Annie Arrived at Distribution After a Long, Long Decade Of Catastrophes 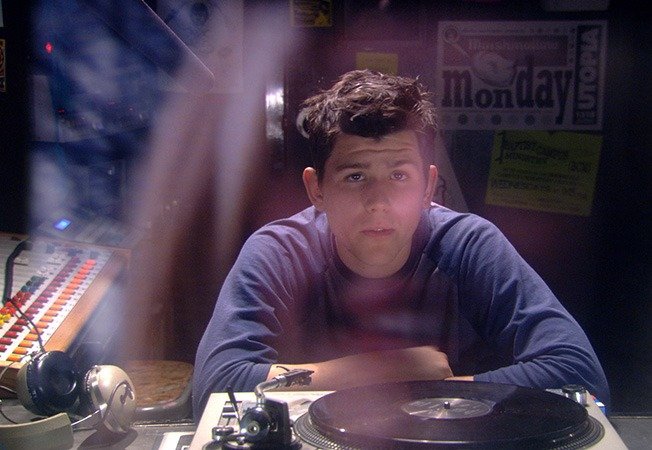 Puttering along, a filmmaker acquaintance I’d met on the festival circuit put in a good word with her distributor, a well-respected home video banner with a great reputation. An executive there named Edwin loved it, and even though Steven had joined a new law firm, he set about negotiating. They made a great offer—great because in the absence of other interest they had no reason to be even slightly generous—with a substantial minimum guarantee, and everything was on rails. Then on the day we were to sign, I got a call from Edwin. The publicly traded distributor was hit by a hostile takeover that morning. All unsigned deals are to be scuttled to take value off the books, but maybe if I got there in time I could sign under the wire. I drove at a ludicrous speed to their offices, sped through the parking lot, dodging people with boxes of files racing to their cars, and found Edwin. No dice. He didn’t even know if he had a job; the whole place was imploding.

After that I wrote the whole thing off as a learning experience. I had a family illness to handle and a screenplay analysis service to run (I’d been freelancing for Hollywood production companies since the start). Burning Annie had built a modest cult audience, but we couldn’t even finish the film. Then out of nowhere Steven called me to report he was at a cocktail party and a distributor approached him to ask, “What’s up with the Annie Hall movie?” They made a deal right there in the party. Was I interested? It had a five-figure advance, and the film was to be released through Warner Bros. Really? Really. Burning Annie: turning every success into a failure and every failure into a success.

We took the first payment and finished the film. Took the second and did a week in New York City at the Two Boots Pioneer theater (back when New York media reviewed all theatrical films), on the hunch that good reviews would keep fueling the film’s momentum. That part worked out, mostly. Unfortunately our distributor had no art-house film experience, did no marketing, and dumped the DVD to big-box chain stores (R.I.P.). It was 2007. Within a year Warner Bros closed Warner Independent, our distributor lost its deal with them, and the rest of our advance never appeared. Global economic collapse ahoy! Commence 10 years of trying to get our rights back.

In that time, we applied the hard lessons of Burning Annie to new projects. Zack wrote and directed two short films and the feature Palace Living (available on Vimeo On Demand). Van continued to teach and shoot, retiring after 25 years in the business to work in law enforcement. I moved to New Orleans and wrote and directed Laundry Day (recently completed, soon to appear in festivals). We had the surreal experience of seeing Burning Annie‘s specific tone—sharp, vulnerable, raw, melancholy—become the dominant sensibility of youth fare (e.g. Girls, 500 Days of Summer, The Perks of Being A Wallflower etc). As HD became the dominant format of the medium, our HD film languished on low-def plastic mini-frisbees.

When our rights finally reverted, I knew it’d be futile to approach distributors again (the “one shot” rule), but producer Joanna Rudolph suggested I reach out to Sundance Artist Services. In 2003 Van and I attended their Producers Lab, but the whole world had changed five times over since then. Amazingly, though, they liked what they saw in Burning Annie and us, and so we joined Sundance’s Creative Distribution Initiative which empowers filmmakers to self-distribute, throwing out the traditional template and following the idiosyncratic needs of their film. Being accepted by Sundance CDI dovetailed with the kind of luck you can’t plan for: the 40th anniversary of Annie Hall on April 20, 2017, and its new 4K restoration.

Self-distribution (some prefer “self-immolation”) has big upsides and downsides. We must do the marketing ourselves, but on the other hand, we control the film’s design, release, screenings. Unbeholden to a distributor we keep all the spoils. It’s an amazing second chance for Burning Annie to reach its audience. After all, it is a film by, for and about young people. And although it’s one of the first HD indie films ever, it’s never been out in HD or available where young people watch films: streaming services.

Thanks to Sundance and great timing, our smart, sincere and moving film is going to be released internationally on every major HD platform (including iTunes, Vimeo on Demand, Vudu, Amazon and Netflix) on May 15. MM

More in How They Did It

How They Did It: Take Me Trusted Test Crowds to Cut a Tighter Story and Get More Laughs (Exclusive BTS Photos)
How They Did It: The Director of One Less God Used "Re-Voicing" Tricks to Fine-Tune Foreign-Language Performances