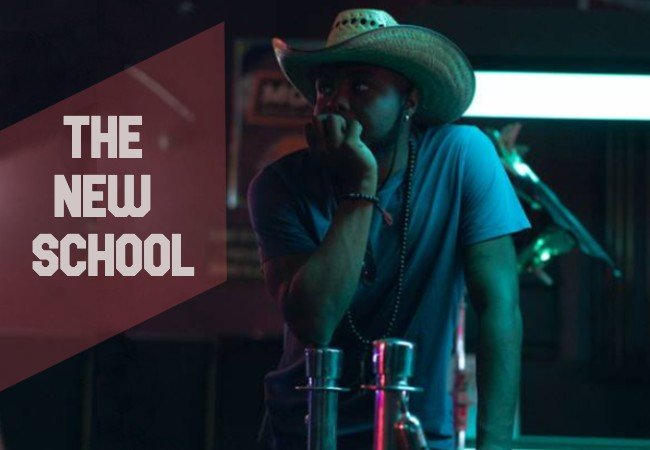 Welcome to The New School, our series highlighting striking, rising talents coming out of top film schools. Darius Dawson is the writer-director of the award-winning “A Rodeo Film.”

Darius Dawson’s “A Rodeo Film” was influenced by his three years living in the last place you’d ever associate with rodeo: Singapore.

The film, which Dawson made at AFI, won the Student Grand Prize at the 2019 Directors Guild of America Awards, and is now airing on HBO Max. It is the story of a bull rider who is in the shadow of his older brother — but is also having an affair with the brother’s wife.

Dawson, who grew up in North Carolina with no film connections (“the biggest thing in my hometown was like to get a job at the Goodyear factory,” he says), moved to the island city-nation as a student at New York University’s Tisch Asia and began working on commercials in Southeast Asia and China.

His time there was both educational and lonely.

“Singapore’s a tiny island. You can walk across the entire country in like, eight hours. And I got there after a lot of the students got there and I got an apartment on the opposite side of the island from where everybody else was living,” Dawson told MovieMaker. “So I spent a lot of time in silence, alone. And I think that affected me somehow. And it made its way into my film somehow.”

“I guess I’ve never been a huge fan of dialogue, unless it’s done super-well,” he says. “And then, Black people don’t talk about stuff much either. When we’re going through stuff, we just kind of like suffer in silence a lot, especially, I think, men.”

His time in Singapore also informed the brotherly dynamic in the film. Both Dawson and his brother, moviemaker RJ Dawson, fell in love with film together while attending a math and science high school. A career in the arts didn’t seem practical — he attended North Carolina State University, where his initial emphasis was on engineering.

But he took one film class as an elective, and was pulled into film studies by an interest in Soviet cinema and auteur theory. He thought he might teach film, but made short films and got into NYU for graduate school, where he focused on cinematography and earned his first MFA.

During his time in Asia, he worked on many smaller commercials, where he learned about “balancing artistry with speed,” he explained: “In Asia, I really learned how to be efficient, but also make sure that everything I’m doing is intentional, and there’s artistry to everything.”

But his relationship with his brother wasn’t as close as it had been.

“We probably spoke maybe three or four times over those years — we became really distant,” he said. “And at times, we’ve been adversarial. We’ve been downright hostile to each other. At other times, we’ve been like best friends — film is something that definitely brings us together. At times, it’s almost like I’m the big brother even though he’s the older one. The relationship ebbs and flows.”

He adds: “No matter what happens, I’m always going to have his back… yeah, definitely my own personal relationship definitely influenced the story, I would say.” 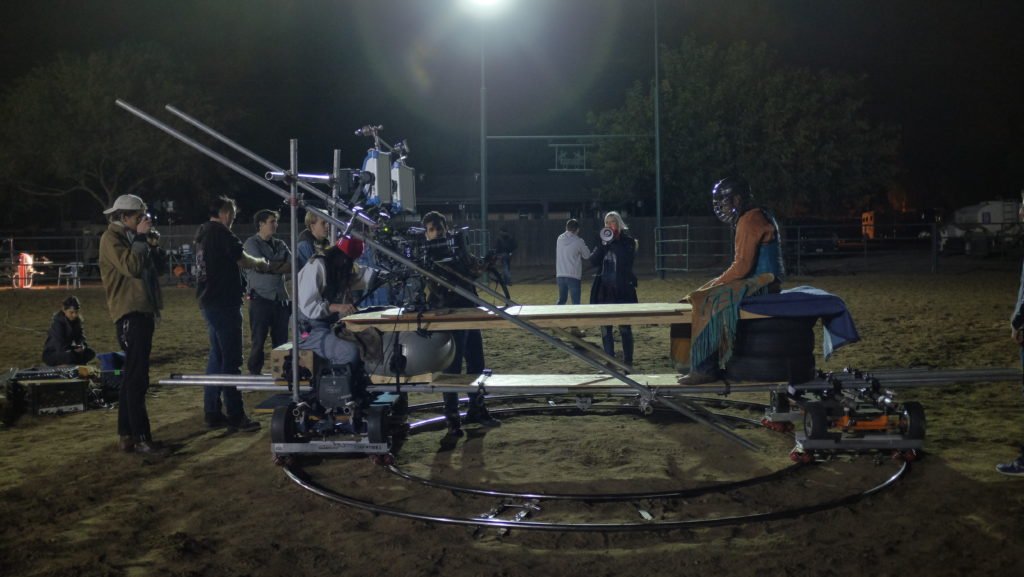 The ability to balance artistry with speed served him well on “A Rodeo Film,” especially in the bull-riding scenes. The film cost a little less than a typical AFI student film, he said — even though his film includes an actual bull ride.

“Panavsion gave us like three cameras. One take, the guy rode the bull for like four or five seconds, but we milked it. We really milked it in the film,” he recalls. “And then we built this crazy contraption… it’s basically two dollies on a circle track, connected by speed rail. And then the actor is sitting on a whole bunch of big truck tires. And that’s what he’s bouncing on.

“And the camera, we built like a wood platform, and there’s a medicine ball that makes it bounce. And then rigged up on that, there’s two more speed rails, like trusses. And then there’s two sky panels changing colors. So the colors are changing on his face. So there’s this crazy kind of like Frankenstein contraption.”

Dawson is now working on adapting “A Rodeo Film” into a feature-length production. But it’s just one of several projects he started at AFI. Another door opened when director Peter Farrelly came to the school to show his film Green Book and speak with students, before the film became an awards contender.

Green Book, of course, received both acclaim and criticism for what some viewers felt was an odd decision to place a white character, Frank “Tony Lip” Vallelonga (Viggo Mortensen), at the center of a story that they felt should have focused more tightly on pianist Don Shirley (Mahershala Ali), a Black, gay man traveling through the Jim Crow South.

“I asked him some pretty tough questions,” Dawson says — specifically about a scene in which a cop takes a forgiving approach that struck some viewers as inauthentic.

“So I was outside talking to some other students, and he was leaving, and he kind of stopped by and I could tell he kind of wanted to talk. But then he kept walking. I was like, okay, whatever. And then I followed after him. And then we had, like, a two-hour conversation in the parking lot, just talking about authorship of a story, ownership of story, and who has the right to tell what types of stories.”

After Green Book won the Oscar for Best Picture, Farrelly got in touch and invited Dawson to his office in Santa Monica.

“I’m thinking he’s gonna have the Oscar on the table,” Dawson laughs. “But I walk in, and he’s like, hey, I want to mentor you. I want to help however I can. A lot of the stuff we talked about in the parking lot came up on his Oscar tour.”

The original idea was for Dawson to shadow Farrelly.

He subsequently worked with Farrelly on a show for the now-defunct Quibi, as well as other projects in the works. What he’s planning next may feel like a bull ride.

“I want to make films like Paul Thomas Anderson, like Christopher Nolan,” he says. “I want to make the things that cinematically just punch you like in the fucking face. Where visually, story-wise, everything just grabs you and doesn’t let you go.”

“A Rodeo Film,” directed by Darius Dawson, is now streaming on HBO Max.