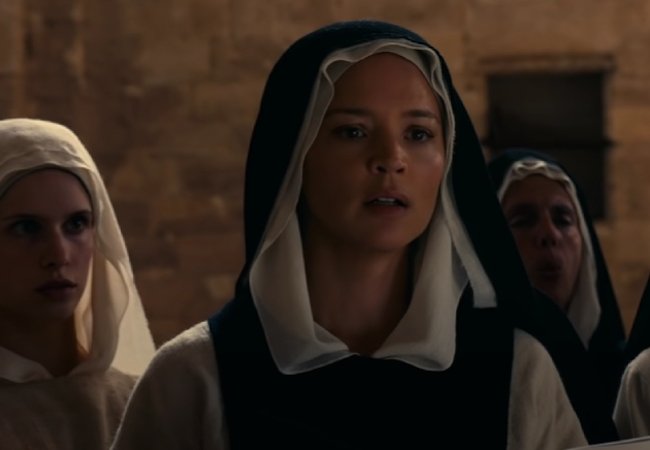 Warner Bros. plans a Black Superman film; Blake Lively to play an I Love Lucy-era assassin; and Paul Verhoeven makes a nun movie as only Paul Verhoeven can. All in today’s Movie News Rundown.

But First: What if “Son of Sam” killer David Berkowitz didn’t act alone? That’s the frightening question at the center of Sons of Sam, which also examines the life of a reporter who went down a dark rabbit hole. Margeaux Sippell interviews Joshua Zemen, director of the docuseries.

Black Superman: The Hollywood Reporter updated everyone yesterday with the news that “Warners and DC are committed to hiring a Black director to tackle what will be the first cinematic incarnation of Superman featuring a Black actor,” which will be written by the acclaimed Ta-Nehisi Coates. The story opens with one actor often brought up as a potential Superman, Michael B. Jordan, saying he’s “just watching.”

Reactions: Talk of a Black Superman set off some rather unpredictable online reactions, which we discuss in the latest Low Key podcast (which is mostly about the wild Amazon Prime series Invincible — think superhero Game of Thrones). My opinion: Sounds good. But one of my co-hosts wonders: Is this pandering?

Scorsese Intro: The TCM Classic Film Festival announces that Martin Scorsese will provide a virtual special introduction of his 1973 film Mean Streets tonight at 11:15 p.m. ET on TCM, and that Goodfellas which will be available to stream in the TCM hub on HBO Max.

Wait, What? Perhaps you, like me, verrrry recently learned that there’s a TCM hub on HBO Max. There is! Last night I started watching a film I’d never heard of before, 1961’s Victim, a British neo-noir notable for its use of the word “homosexual” and its sympathetic, compassionate portrayal of gay characters at a time when that was far from the norm, according to a helpful introduction by TCM host Dave Karger. 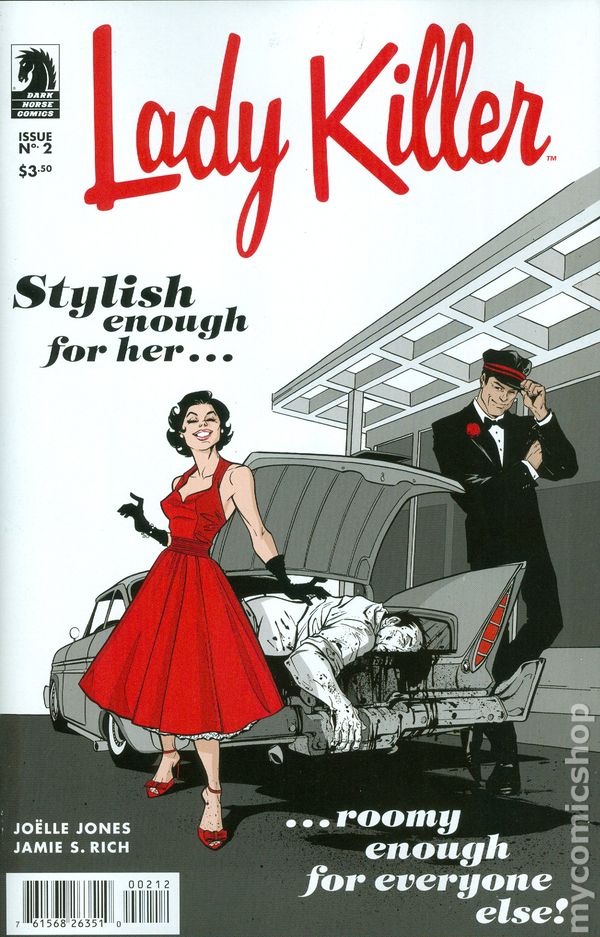 Lady Killer: Blake Lively and Diablo Cody are teaming up for Netflix on an adaptation of one of the best comic books I’ve ever read, Joëlle Jones’ Lady Killer. It’s perfect Diablo Cody territory — a dark, whimsical, wonderfully unpredictable story of a 1950s housewife/assassin. The Hollywood Reporter has more. The production and costume teams will be hard-pressed to match the elegant menace of Jones’ artwork, which sends up the “women’s magazines” of the postwar era. The cover of Issue #2 of the Dark Horse series is to the left. Think Mad Men meets Dexter but better than Dexter.

John David Washington: The Tenet star will return to the sci-fi genre in True Love, written and directed by Godzilla and Rogue One veteran Gareth Edwards. Little is known of the New Regency film except that it is set in the near future, Deadline reports.

ICM Partners: The Los Angeles Times reports on accusations of sexual harassment at talent agency ICM, writing that “more than 30 former and current ICM employees said in interviews that the company tolerated a hostile work environment, where women and people of color were subjected to harassment, bullying and other inappropriate conduct.”

ICM Responds: Deadline has a lengthy statement, which reads in part: “Neither we nor our company are perfect; no one is. But in a challenging, competitive, and labor-intensive industry that demands much of its participants, we feel privileged to enjoy a safe and encouraging environment, fair and abundant opportunities, and the respect and support of all colleagues of all genders.”

Verhoeven Returns: What if Showgirls, but in a convent? I kid. Paul Verhoeven is creating that ol’ Paul Verhoeven stir with the trailer for his new film Benedetta. The official synopsis explains: “In the late 15th century, with plague ravaging the land, Benedetta Carlini joins the convent in Pescia, Tuscany, as a novice. Capable from an early age of performing miracles, Benedetta’s impact on life in the community is immediate and momentous.” Wait, that sounds pretty tame —  surely this isn’t the same Paul Verhoeven who made Robocop and Basic Instinct? But it is! As IndieWire summarizes: “Erotic Lesbian Nun Romance!” Okay, I added the explanation point. The film will compete this year at the Cannes Film Festival for the Palme d’Or. Here’s the new trailer.