Patrick deWitt: The level of detail. I went through the art department tents and looked at all the different martini glasses and decanters. And then they had the stack of bills, which were these increasingly threatening and dire-looking bills addressed to Francis Price. And this is the story of Francis’ money disappearing through a stack of mail, and we never see this mail. But the level of detail, it just seems insane to me. But it’s also something obviously that I can’t not enjoy.

Azazel Jacobs: It’s the difference between somebody bringing a suitcase that’s stuffed with a pillow or stuffed with belongings. … I remember the hunt for a lighter for Francis. I can visualize it and I can hear it so much from your writing, but it wasn’t something that you actually described visually. That click of the lighter was something that you punctuated the book and the script with, and I could feel and hear it so distinctly. But then actually replicating it sent me down a long, long path. 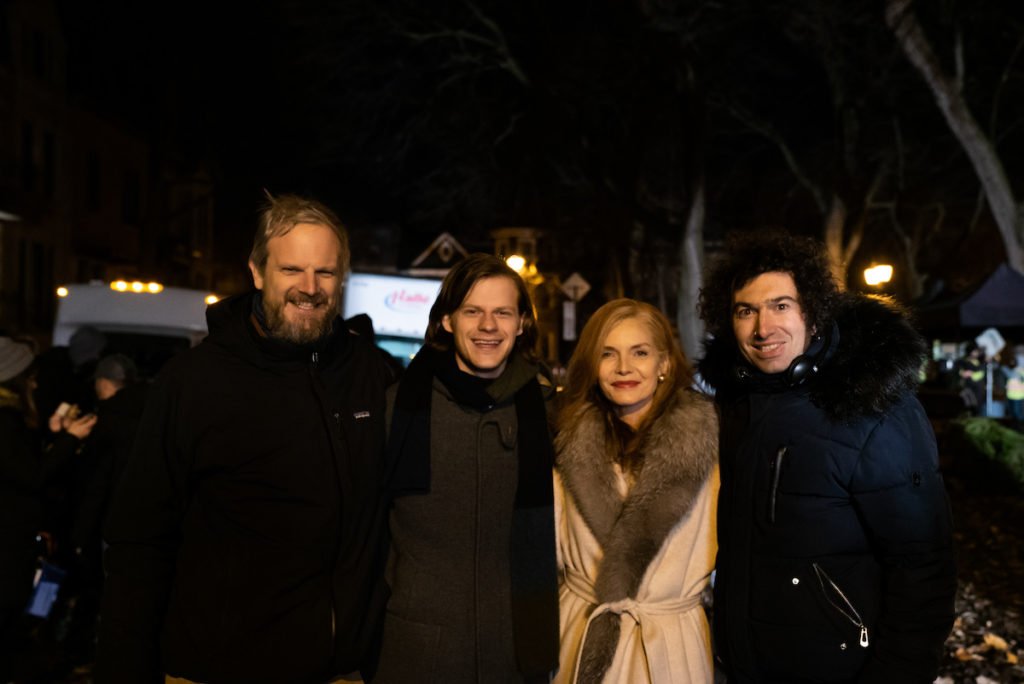 deWitt: So is the click in the movie foley work, or is that the actual click of the actual lighter?

Jacobs: It’s sound-design work that has been embellished, but it could only come from finding a lighter that would in some way have that weight and that feel that could give that type of click.

Michelle and I had a lot of conversations about this lighter. This is Francis’ thing. This is something that she used as a weapon. It gave a rhythm to her and it gave a rhythm to this film. The lighter we ended up centering on was like from 40 years ago. I think we ended up with five of them, but it came down to only two that actually worked. For the last of the shots we were on the last lighter. We couldn’t find another one, and we couldn’t get it repaired, and we just had to hope that it would spark for its final moment.

Also read: French Exit was filmed in Montreal, one of our Best Places to Live and Work as a Moviemaker.

I would hear about Kubrick and Hitchcock making all these specific choices, and it seemed like something that was of no interest, or that I would have no ability for, but with this film, it pushed me in that direction — obviously not to the level that those guys were doing.

deWitt: The characters are obsessed about objects too. These are aesthetic people who take comfort in things that are made well and that cost a lot of money. It’s not lost to their characters. The character of Francis was probably very selective about purchasing that particular lighter, that she probably purchased at least partly because of the sound it made. It’s interesting all the things that one never has to consider in the writing of a text, that in the animation or the re-creation of the text suddenly becomes so important.

French Exit, written by Patrick deWitt and directed by Azazel Jacobs, opens in theaters on Friday.