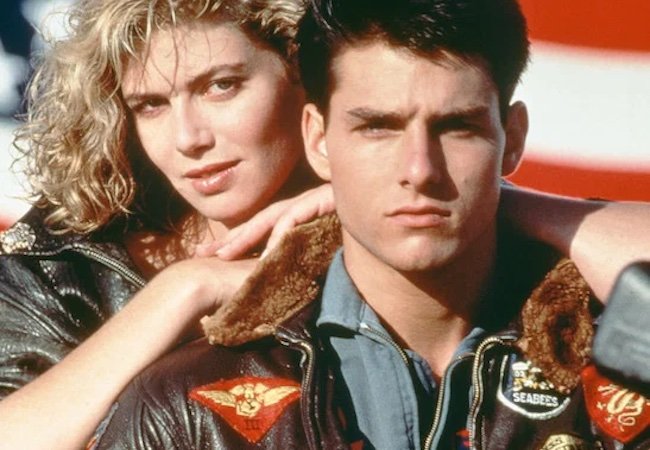 Top Gun was released 35 years ago this week, but not without plenty of dog fights between director Tony Scott and Paramount Studios.

Scott, who died in 2012, recounted for a Top Gun DVD commentary about a decade earlier that he was fired three times from the film, which would eventually become a runaway hit that turned Tom Cruise into an action star. The film, about fighter pilots training at the U.S. Navy’s Fighter Weapons School at Naval Station Miramar in San Diego, premiered in New York City on May 12, 1986, and a sequel, Top Gun: Maverick, will come out later this year after several pandemic-related delays.

“They were the only guys who had the courage after The Hunger to reemploy me. The rest of Hollywood blacklisted me. They said, God, this guy’s dangerous.”

But Scott wasn’t only a feature film director:He was also known for commercials, including an ambitious SAAB spot that juxtaposed the power of a Saab with that of a fighter jet. You can watch it here — the Top Gun vibes are strong:

“I think that was the only bit of footage they could find that was contemporary that involved jets. So that’s how I got into running for Top Gun,” Scott recalled.

He and the producers didn’t initially see eye-to-eye on what the film should be. Scott envisioned “Apocalypse Now on an aircraft carrier,” which wasn’t at all what the commercially savvy Simpson and Bruckheimer had in mind. Finally Scott got it:

“I said, ‘This is rock and roll stars flying silver jets against blue-black skies.”

But Tony Scott still held onto lofty artistic intentions. For the film’s opening-credits sequence on an aircraft carrier, he “shot it in slow motion with graduated filters and that was sort of artsy and dark and again esoteric, and Paramount saw these dailies when I was still on the aircraft carrier and they panicked and forbade me to shoot another foot of slow-motion footage,” he recalled.

Also Read: When Tom Cruise Got Mistaken for a Hippie

“So I was vey deceptive. I shot one roll of normal footage and continued to shoot all the rest of it in slow motion, because I had a vision about how the beginning should look. Unfortunately they sent the wrong rolls back — they sent the slow-motion rolls back. So I was fired. My contract was terminated. But we were stuck on the aircraft carrier and couldn’t get back because the weather sucked, so I just kept shooting.”

Here’s the stirring opening of Top Gun, as Tony Scott intended it:

He got the job back, only to be fired again.

“The second [firing] was with Kelly McGillis. I made her look beautiful in a sort of — what’s the word? Whorish way, I suppose. And the studio took away my nine-inch pumps and they took away my makeup lady, in an effort to actually get Kelly looking a little more down to earth.”

“The third firing was when I pulled the visors down on the helmets for the guys flying in the jets. I wanted to see the sky and everything around. But obviously it obscured our lead actors a little bit.”

When you watch the film, you’ll note that the final compromise is quite clever, from a storytelling standpoint: The American pilots we’re supposed to relate to have visible faces, for the most part, while the enemy MiG pilots have their visors down, so they seem remote and imposing.

Top Gun was a huge career boost for Scott, who went on to direct films like True Romance, Crimson Tide and Unstoppable. But it came at a personal cost.

He concluded: “I hope you guys enjoyed the movie.”