In the Earth Explores the Power of Myth in the Pandemic 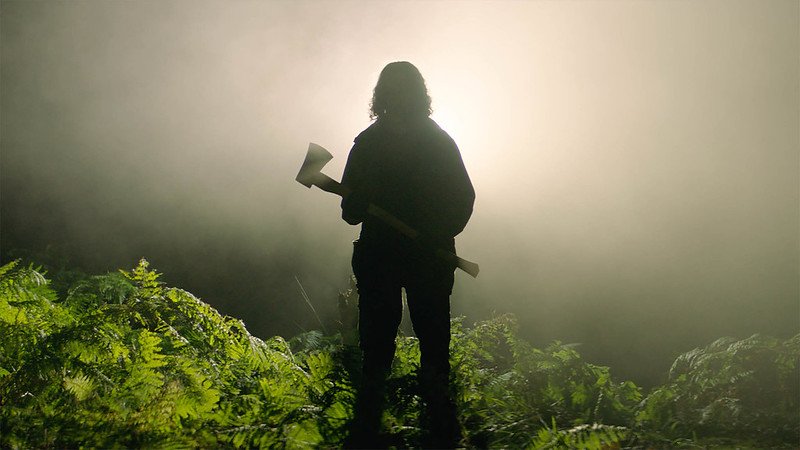 Ben Wheatley used his new Sundance film In the Earth to keep himself together during the pandemic.

“I was having a kind of hysterical meltdown,” he said. “I decided to write something to keep everyone’s minds together — to keep my mind together.”

The film, which is set during a pandemic, uses the horror genre to explore myth-making and delusions. It follows a doctor named Martin (Joel Fry) and a park scout named Alma (Ellora Torchia) searching for a botanic discovery that could be the key to stopping the virus. But they suspect it may be folklore.

“I think finding your own reality in a set of facts is a concern right now. There’s a world of QAnon where it’s easy to be on one side or another,” Wheatley said. “Within the film there are ideas where myth is started. How you have a set of experiences and facts and how you arrange them to mean one thing or another thing. I started thinking about narrative as technology, and how we’re susceptible to it.”

At one point, protagonists Martin and Alma are wounded on their expedition and meet an estranged woodsman Zach (Reece Shearsmith). Zach manipulates them under the guise of hospitality, drawing them deeper into his deranged delusions regarding a woodland deity.

“Zach is very susceptible to narrative,” Wheatley explained. “He made me feel my own responsibility about putting stories into the world. How you can make stuff up and it can travel a long way. But people take it very different than what you intended.”

In the Earth, directed by Ben Wheatley, premiered in the Premieres section of Sundance. The Sundance Film Festival wrapped Wednesday.

John and the Hole Director Pascual Sisto on his ‘Contemporary Fable’ and the Function of Bunkers
A PA’s Perspective: When Doing Everything Becomes a Pain in the Butt