A New Indie Model: The Founder of Chicagoland Shorts Program On Why the Shorts Business Must Change

Unlike the short story, which is widely regarded as a bona fide art form, the short film is often thought of as a cheap or aspirational version of the real deal: the feature film. For most filmmakers, a short film basically functions as a work sample, with the hope that this will lead to other professional opportunities.

In the past decade, we’ve witnessed an explosion of amateur short films, which has been accompanied by a steady growth in film festivals and online platforms for exhibition. But most filmmakers, including myself, have struggled to translate this exposure into something tangible and sustainable for our careers. We are a class of creatives increasingly resigned to being paid in likes, views and festival laurels.

As one festival programmer recently remarked to me, indie films are the new poetry: Most people do it with little to no expectation that they’ll ever be able to do this for a living. Art for art’s sake. There’s certainly nothing wrong with making short films simply for the love of doing so, but most of us cannot afford to keep making films just as an expensive hobby. At a certain point, we either need to start making money from it or we need to stop doing it altogether.

My own journey through filmmaking—while certainly not a headline-grabbing success story—has taken me from being an avid hobbyist to someone who actually makes a living doing it. The short film has been at the heart of my journey, and it continues to be.

A few years ago, I was stuck in your typical indie filmmaker funk. As I traveled from one festival to another, every filmmaker seemed to tell the same tale of woe. Year after year, we’d spend thousands of dollars making our films, plus thousands more applying and traveling to festivals. Then, we’d return home with little to show for it but a hangover, a huge credit card bill and some business cards from people we’d never talk to again. Wash, rinse, repeat.

My response to this self-destructive (and financially unsustainable) cycle was to upend the way I engage with the film marketplace. Instead of paying a submission fee to film festivals in the hopes of screening there, I decided to curate my own shorts program and pair my films with other films I liked. We could charge festivals and venues a screening fee for the privilege of showing our work. And we could generate further exposure and revenue through Video on Demand and DVD sales.

Chicagoland Shorts is now an annual program, touring the country from coast to coast, from Phoenix to Seattle to Detroit and New York. The thematic thread connecting all the shorts is Chicago. All of the films in the collection are made by Chicago-based filmmakers, many of whom are challenging stereotypes and Hollywood conventions through their stories, identities and filmmaking techniques. Our goal is to raise the profiles of all the participating filmmakers and to provide them with a platform for new opportunities.

Admittedly, Chicagoland Shorts still costs more money than it generates, but the direct and indirect benefits have far outweighed the costs. The program has resulted in numerous collaborations between participating filmmakers, as well as lasting friendships and a growing professional network for all involved.

For me, Chicagoland Shorts has yielded so many professional opportunities and rewards, it’s hard to adequately recount all of them. It led to my first opportunity to produce a feature film. It has connected me with programmers and curators around the country. It has also been the cornerstone of Full Spectrum Features, the film company I founded and continue to run. Launching this program has been infinitely more beneficial to my career than all of my previous film festival experiences combined. The difference, I believe, is less about the specific choices I made, and more about a fundamental shift in my thinking. I started to work with my fellow filmmakers to build something beneficial for all of us, rather than only competing with them in a zero-sum game.

The underlying philosophy of Chicagoland Shorts is that independent filmmakers no longer have the luxury of just making a film and letting someone else deal with the distribution, promotion and monetization of that film. (Did they ever have this luxury?) In order to make a living as filmmakers, we need to create our own opportunities and assert our place in the filmmaking ecosystem. In other words, independent filmmakers need to actively participate in every phase of a film’s lifecycle, and we need to get over the ludicrous idea that marketing and sales will corrupt us as artists. If you can’t sell your own films, why expect someone else to?

My suggestion isn’t that all filmmakers should create their own traveling shorts program, or that curation or running a festival is the way to success. Filmmakers have their own paths, and there are many different ways to challenge the status quo. The point of telling you about Chicagoland Shorts is, one, to encourage you to rent or buy it, of course, and two, to provide an example of upending the rules of the game in your favor.

I also want to emphasize the importance of cultivating our shared interests as independent filmmakers. Too often, we only think about ourselves and our own projects, and regard someone else’s success with jealousy and suspicion. To put it bluntly, independent filmmakers can be some of the most self-centered and self-absorbed people around. However, instead of competing with each other to gain access to the traditional gatekeepers, we should be focused on building a film economy that we own and control together, putting us in direct contact with audiences who want to watch (and pay for) our movies. 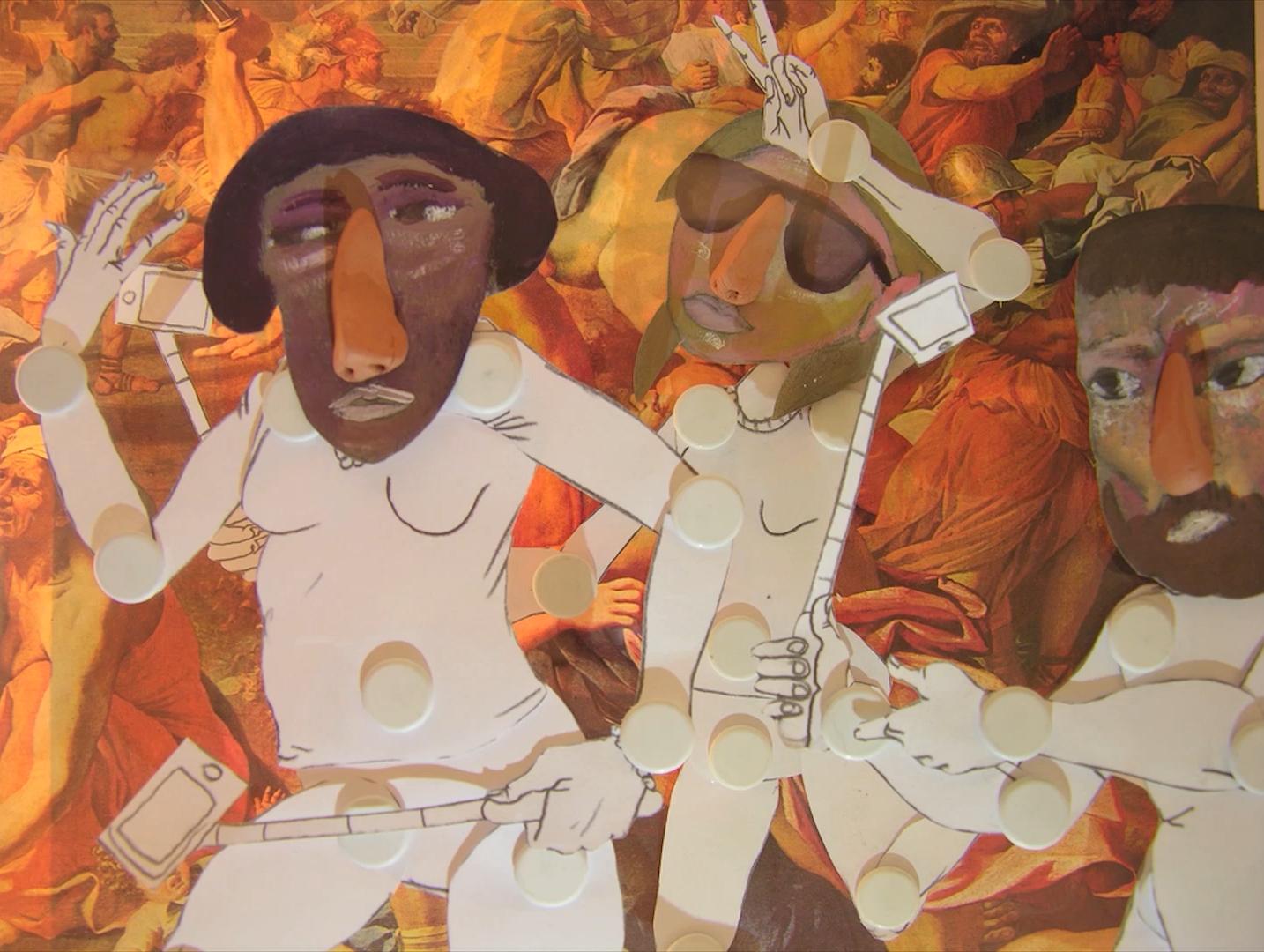 All of this may sound lofty or even delusional, but I’m certainly not original in saying any of this. (If you haven’t already, read Ted Hope’s book Hope for Film.) Too few of us are thinking about what a stable independent film economy might look like and what we could do to bring that about. It seems most aspiring filmmaking are actually trying to not be independent, desperately clamoring for someone to punch their ticket to Hollywood.

The reality, however, is that the filmmaking establishment doesn’t owe us anything, nor are they particularly interested in giving anything up. We have to demand every little scrap that we get. Submitting our films to festivals, agents, distributors, etc., and hoping they invite us to the party is not enough. Let’s figure out a better plan. MM


Chicagoland Shorts Vol. 3 screens at the Museum of Contemporary Art Chicago on May 30, 2017. Top image from Elliott Chu’s “Grandma and Me Dancing with Hibari.”

Making the Case for Houston: Spotlight on This Texan Metropolis, With State Film Incentives on the Line
Second Time’s Not the Charm: Even If Your First Film Found Success, Making Your Next Won’t Be Any Easier