Who Was Jack Unterweger, the Austrian Serial Killer in Netflix’s Vanishing at the Cecil Hotel? 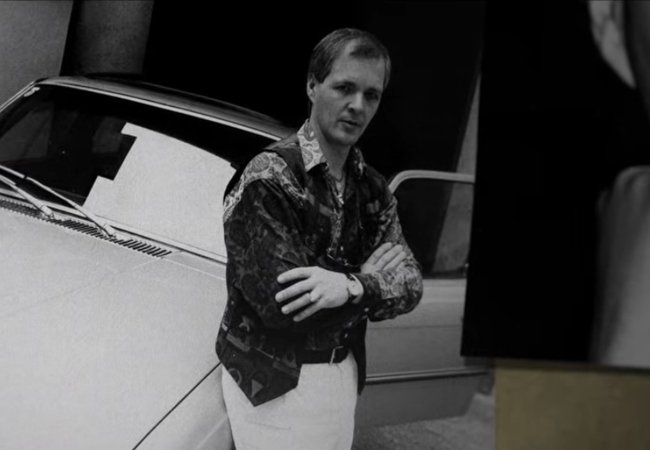 Jack Unterweger is only briefly mentioned in Netflix’s Crime Scene: The Vanishing at the Cecil Hotel, the four-part docuseries that explores the mysterious death of 21-year-old tourist Elisa Lam. But although the Austrian serial killer’s stay at the infamous hotel bears no direct impact on Lam’s tragic story, his chapter in the Cecil’s grisly history sheds some light on the hotel’s almost supernatural proclivity for drawing dark energy into its labyrinth of 700 rooms in the heart of Los Angeles’ Skid Row.

Unterweger was first sentenced to life in prison in 1976 at the age of 25 when he was convicted of murdering an 18-year-old German woman named Margaret Schäfer by strangling her with her own bra — a style of killing which would later become his M.O.

According to the Los Angeles Times, he would later admit to the crime, saying, “I envisioned my mother in front of me and I killed her.” The Times also described Unterweger as the child of a sex worker and an American soldier, noting that Unterweger was “was raised among [sex workers] in an Austrian village.”

Also Read: Won’t You Take 10 Seconds to Sign Up for Our Newsletter? 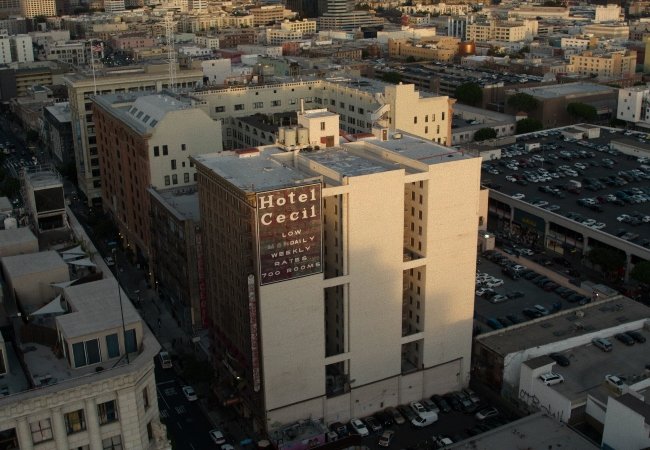 From Episode 1 of Crime Scene: The Vanishing at the Cecil Hotel. Photo Courtesy of Netflix.

Despite his conviction, Unterweger only served 15 years of his original life sentence, thanks in large part to the runaway success of the autobiography he wrote in prison, Purgatory or The Trip to Prison – Report of a Guilty Man. His talent for writing made him something of a celebrity, and he was later pardoned by Austrian president Kurt Waldheim and released from prison in 1990 at the behest of the Viennese cafe intellectuals who championed his case, including Nobel Prize winners Elfriede Jelinek and Günter Grass, according to The Guardian.

But the decision to free a convicted killer would prove to be a fatal one. Within months of his release, six Austrian sex workers would be strangled at his hands, but police would not connect the dots until much later, allowing him to travel to Los Angeles, where he would commit three more murders while staying at the Cecil Hotel in June of 1991, according to the Times. Unterweger maintained his innocence during his 1994 murder trial, where he was found guilty of killing nine women.

Among his final victims were Shannon Exley, 35, Irene Rodriguez, 33, and Peggy Jean Booth, 26, all murdered during his June 1991 stay at the Cecil, where he was on assignment for Austrian publications to write about  Los Angeles street crime, the Times added. At the time, the Cecil was a hot spot for sex workers who roamed the five-block radius on 6th Street between San Pedro and Central, according to Kenneth Givens, a former Cecil resident interviewed in the Netflix series.

Also Read: The Dig: Did Basil Brown Really Not Get Credit for the Sutton Hoo Treasure?

Author and Los Angeles true-crime tour guide Kim Cooper referred to the Cecil in the Netflix series as a place where “serial killers let their hair down.” During his stay, she said Unterweger “really [immersed] himself in the lifestyle” of both sex workers and their patrons, regularly having sex workers come up to his room. Hunting for victims under the guise of journalistic research, he even went so far as to arrange a ride-along with the Los Angeles Police Department, Cooper added.

But although his crimes earned Unterweger a second life sentence, he would not live to serve his time. He was found hanging from a curtain rod in his jail cell the day after his sentencing, dead of an apparent suicide, according to the Times. He was 43 at the time of his death.

Crime Scene: The Vanishing at the Cecil Hotel, directed by Joe Berlinger is now streaming on Netflix.

Main image: A photo of Jack Unterweger in Netflix’s Crime Scene: The Vanishing at the Cecil Hotel.