It’s hard to believe that James Ivory grew up anywhere other than England—the Oregonian moviemaker’s name is so synonymous with a certain genre of lush period drama, set in Europe.

With a talent for moving visuals and restrained, yet emotional, dialogue, Ivory shot films in Asia and America, as well, but made his name by gracefully adapting British novels to the big screen in partnership with producer Ismail Merchant for 40 years, until the latter’s passing. The Merchant Ivory relationship, both professional and romantic, was the foundation for the illustrious production company behind classics such as The Remains of the Day, Howards End and A Room with a View (adapted for the screen by their longtime collaborator Ruth Prawer Jhabvala). Together, Merchant Ivory films raked in much critical acclaim and awards, including six Oscar nominations for performances by actors such as Maggie Smith and Emma Thompson. Most recently, Ivory wrote the feature Call Me By Your Name, directed by Luca Guadagnino; the film premiered at Sundance to rave reviews and drew comparisons to Ivory’s own work.

One of Ivory’s best-known romances, Maurice, is hitting theaters again this summer—restored in 4K—for the film’s 30th anniversary. Maurice is an adaptation of E. M. Forster’s novel of the same name. It follows protagonist Maurice Hall (played by James Wilby) in a coming-of-age love story, with Hugh Grant, Rupert Graves and Ben Kingsley in supporting roles. On the occasion of this classic finding a new audience, we asked Ivory to share the principles that have guided him through decades of powerful storytelling. – MM 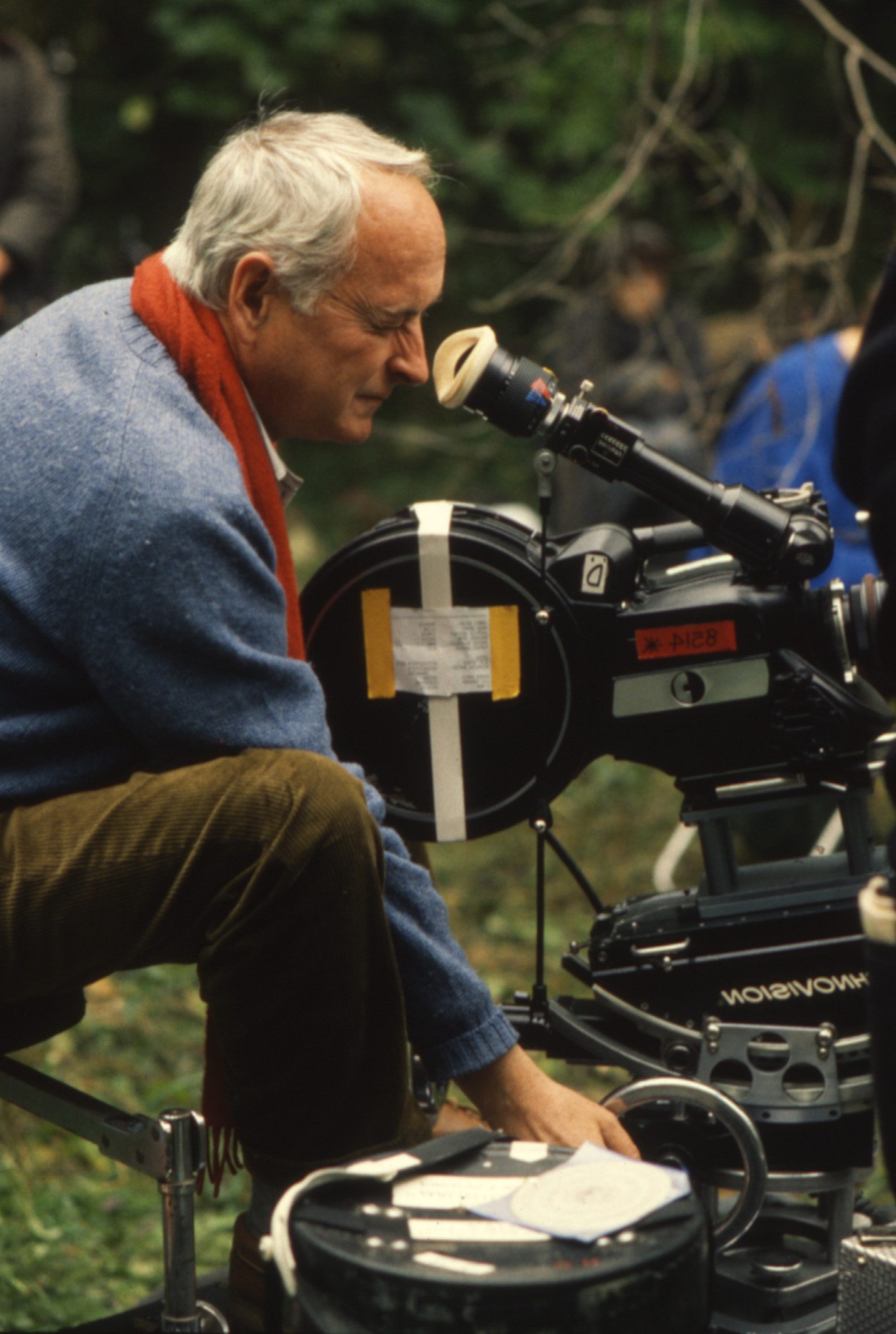 1. Trust your fellow artists. Why would you hire them unless you do? Trust them, if they’re truly committed to the film you’re making together, and to you. You’ve presumably hired them for their talents, so let them show you what they want to bring to the film. That can be a great gift sometimes. You always have the option to lead them along some other path if you don’t like what they are suggesting—but first let them show you, especially the actors.

2. Good actors are deeper than their directors in most cases. Their knowledge may be more narrow, but it’s deeper. Directors, called on to do many tasks, are somewhat shallow, but more broad. So, it is a good balance in most cases, working as a team.

3. Directing is not a one-man show. Think of yourself as a director as having much in common with a conductor of a symphony or opera. Your success to the undertaking of directing a film is exactly like that: You demand that your string section, for example, should be soft, then louder; your woodwinds the same. It is all a matter of nuance. No shouting, ever. Leave that to the others, like the assistant directors. Tell your co-workers with a wave of the hand what it is you want from them—or better, via a lifted eyebrow.

4. Never—because you think yourself so grand, so clever, so powerful—fail to give thoughtful consideration to sudden advice coming from way down the production ladder, no matter what the source. Only a fool dismisses a sudden very good or useful suggestion. It may even come from the guy who brings the tea. You won’t lose caste when you do that. Just the opposite: You will endear yourself to the crew, and the scene you were having trouble with, say over some tiny issue of timing, may well be improved.

5. Unless you yourself are an experienced writer with a gift for dialogue, a gift for deciphering human motivation, and a talent for descriptive scene-setting, trust your writer. Few directors are able to successfully to write their own screenplays from scratch. That is, indeed, a God-given gift and is extremely rare. Film history bears this out, and how the films of great directors are ranked—their hits and misses—bears this out too. In our day, only Woody Allen seems to have that gift.

6. When you have more or less gotten together the film you shot, and can bear to show it to anybody, invite your writer into the editing room so he, or she, can see where they went wrong and can get rid of it, and can help you to see where you went wrong. A good screenwriter usually feels his or her work isn’t finished unless they have a crack at shaping the final cut. Directors like myself, who are sometimes too enamored of their work, need to have their eyes opened. Better by the screenwriter than by studio executives and focus groups later on.

7. Never invite an actor’s agent to see your rushes. If you have a star actress who is entering her difficult years and will soon be offered mother parts, her agent, watching your rushes, will blame the cameraman for every little wrinkle or pouch that is seen onscreen. Male stars can be just as bad. When they are powerful, and their presence in the picture has helped you get it financed, you may be forced by the studio to replace the cameraman. In fact, directors ought not to become close with any agent but their own. For a director to be too familiar with other agents is a kind of lesè-majesté. Snaring an actor and making a deal should always be the producer’s work.

Cast and crew on the set of Maurice

8. Don’t go by the usual route via an actor’s agent of submitting your screenplay first to him. Find a way to get it to your own actor via someone else if you can: a mutual friend, their dentist, their mother. Agents are known to forget unread scripts in their taxicabs or decide in advance—if you are an independent filmmaker with limited funds—not to show your script to their client at all. My partner, Ismail Merchant, would sometimes go backstage—on a so-called dressing-room visit after the play—and thrust our new screenplay at an actor or actress we wanted. This worked time after time—with Maggie Smith, notably, twice. The agent, fuming, could do nothing but hope to draw up a contract if the part was accepted, and wasn’t too disadvantageous to his client in terms of salary. MM