Jockey Director Clint Bentley: ‘No Jockey Wants Their Kid to Be a Jockey’ 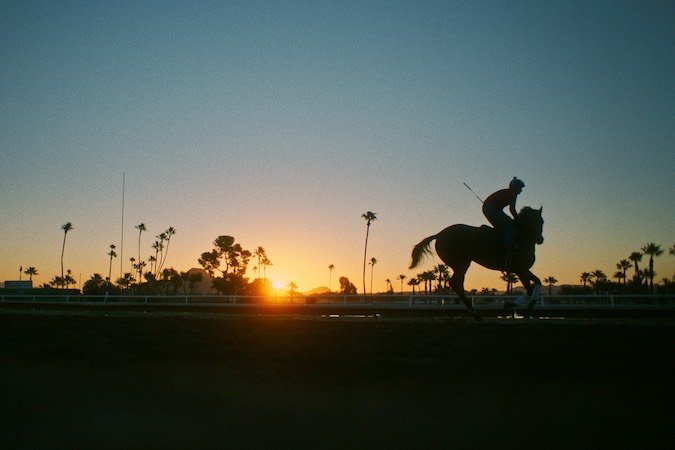 Jockey director Clint Bentley became interested in horse racing jockeys because his dad was a jockey — and his “earliest memories are him going up into the gates.”

Bentley spoke about the “really strange circus-like subculture of America” in a Q&A for his film, which debuted at the Sundance Film Festival. Co-writer Greg Kwedar joked that while he is “not the child of a jockey,” he immersed himself in the world of horse racing by sleeping in a tack room. He was moved by the “loud speaker doing prayers in English and Spanish” each morning at the track.

Bentley and Kwedar worked with actor Clifton Collins Jr. previously on Transpecos, and Jockey was specifically written for Collins. 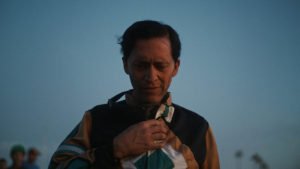 Collins jumped fully into the world of the film, losing weight fast. Bentley explained that being a jockey is not simply about being thin — there is a “certain drawn look that jockeys have to them.”

Collins’ diet was so severe, he said that he would give himself, as a treat, a single peanut M&M.

Acting opposite Collins is Moisés Arias as a rookie jockey who shows up claiming to be Collins’ character’s son. Bentley explained that it was either Arias for the role or a non-actor. “He was the only one we went out to. If it wasn’t Moisés, then we were going to go with a jockey. ”

A highlight of Jockey is an A.A.-style meeting where older jockeys sit around and discuss their various injuries throughout the years. The scene consists of non-actors actually talking about their past riding careers.

In the film, Collins’ character comes from a long line of jockeys, and I asked Bentley if there was ever pressure for him to follow in his father’s footsteps.

“No jockey wants their kid to be a jockey,” Bentley responded. He explained that at one point, he planned to become a jockey, but his father insisted he finish his studies instead.

“When jockeys get hurt, it means two things: They’re paralyzed or they can never ride again. When you break your arm, you’re not hurt,” Bentley said.

How It Ends Follows L.A.’s Overcomplicated Class on the Last Day of Human Existence
How Eight for Silver Uses Werewolves as an Addiction Metaphor