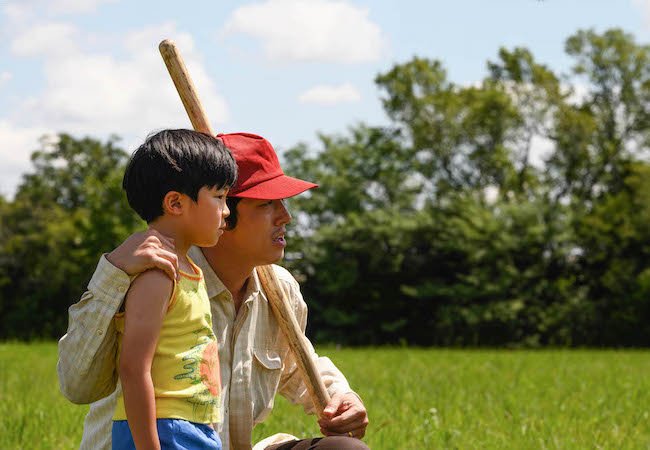 In today’s Movie News Rundown: The Golden Globes’ baffling handling of Minari; Errol Morris falls for the subject of his new film; and Ethan Hawke speaks out for an indie theater, and all indie theaters. Plus: The ol’ singers vs. bandleaders debate.

Covid Christmas Classic: Once in a while, experimental filmmaker Nick Toti graces us with some of his clean, wry, magnificently funny writing. In this piece, he describes how his latest film, written by his wife, Rachel Kempf, rather spontaneously became a Christmas movie.

Ma Rainey’s Black Bottom: Caleb Hammond talks to the film’s director, George C. Wolfe, about its curious time in American music, when singers called the shots but bandleaders were ascendant.

Mixed-Income Workers: Workers who get both W-2s and 1099s — like many in the entertainment industry — can earn an additional $100 a week in addition to the added $300 uptick in weekly unemployment benefits under the new stimulus package, The Hollywood Reporter explains.

Errol Morris’ Love: The master documentarian’s new film My Psychedelic Love Story is about Joanna Harcourt-Smith, whose life well-lived included people ranging from LSD guru Timothy Leary to The Rolling Stones to Charles Manson. Morris tells Eric Steuer in the latest MovieMaker podcast: ““I should also add, I kind of love Joanna.” You can listen on Apple or Spotify or here:

Minari: Variety reports that Minari, director Lee Isaac Chung’s semi- autobiographical film about Korean-Americans living in Arkansas, will not compete in the Golden Globes’ Best Picture category, and is instead in the running for Best Foreign Language Film. IndieWire details the substantial backlash to the “foreign language” designation, given that the U.S. has no official language. “Just for the record, Minari is an American movie written and directed by an American filmmaker set in America with an American lead actor and produced by an American production company,” actor Simu Liu wrote. “What could be more American than that?” We’ve reached out to the Hollywood Foreign Press Association, which hands out the Globes, for a response.

Promising Young Switch: Promising Young Woman, one of my favorite films of 2020, is switching from a comedy to a drama for Golden Globes purposes, Variety reports.

Also: Maria Bakalova, the breakout star of the obscure Kazakh documentary Borat Subsequent Moviefilm,  is now competing for Best Actress at the Globes. It’s in the same Variety story.

And Now a Word From Ethan Hawke: I used to live around the corner from the Coolidge Theater, one of the best independent theaters anywhere. Ethan Hawke has a message here about how movie theaters like the Coolidge make life more worth living. If you were already planning to pay to watch a movie this holiday season, one way you can do that while also supporting your local theater is by Googling your local Virtual Screening Room. Here’s the one for the Coolidge, where I definitely need to watch City Hall.

And now, a message from Ethan Hawke ? pic.twitter.com/T0swWlwhfA