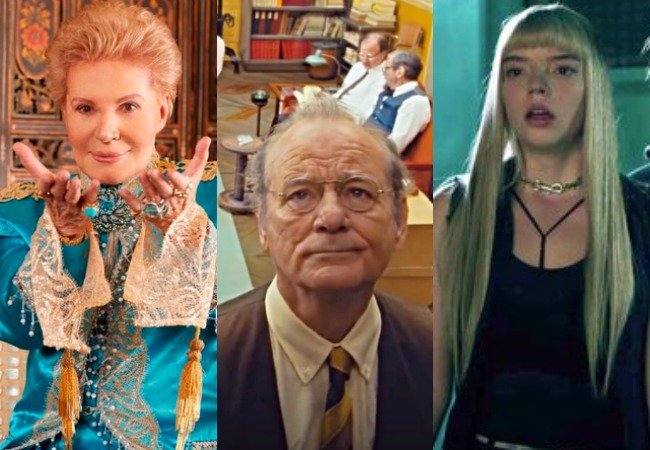 In today’s Movie News Rundown: How to get more money for that movie you’re trying to sell; lots of films just pushed their release dates; we talk Mucho Mucho Amor: The Legend of Walter Mercado; and a look at Yes, God, Yes, a story of a young woman’s religious rebellion through self-pleasure. Plus: An appreciation for The New Mutants, a film that was way ahead of its time in terms of getting repeatedly delayed.

I Feel the Need… the Need for Caution: Top Gun: Maverick and A Quiet Place II, both of which were delayed by COVID-19, are now delayed until next year. Also delayed: The French Dispatch, The Last Duel, Mulan, Avatar, whatever the new Star Wars movies are. EW has the details.

Spidey, Too?: Yes, the third Spider-Man film is being pushed from Nov. 5 2021 to Dec. 17, 2021, but Deadline‘s spin (haha, “spin” — we still have our little jokes): This is as an opportunistic move to take advantage of the holiday season after Avatar 2 relinquished its December date. There’s a theory that the Spider-Man movies are following the lead of the Vacation movies (the first was in the U.S., the second Europe, the third holiday-themed) and this move hopefully means that theory is true.

Mucho Mucho [Kisses Fingers] Amor: Each Thursday we release a new episode of the Low Key Podcast where we watch a film or show and discuss it through the lenses of race, sex, politics and religion. We don’t have “takes,” we have discussions. Sometimes — brace yourself — we change each others’ minds. In yesterday’s eposode, we talked about Mucho Mucho Amor, Netflix’s loving look at TV astrologer Walter Mercado… and wonder if he’s been given the soft-glove Michael Jordan Last Dance treatment. You can listen to on Apple or Spotify or right here:

Comic-Con Schedule: You can finally watch ads from the comfort of your own home.

Will New Mutants Come Out Before Tenet?: The New Mutants, created by Chris Claremont, joined the Marvel Universe in 1982. They were the New Wave, post-punk, multiracial teenaged kids too young to be in the X-Men, filled with Reagan-era angst and struggling with identity, sexuality, racism, and, of course, supervillains who wanted to kill them. I liked the New Mutants comic book when I was a kid, but it scared me — it hit raw nerves for lots of us who grew up in the ’80s. Fox’s New Mutants was supposed to take the torch from the exhausted X-Men film franchise, and things started promisingly with perfect casting that includes Maisie Williams, Anya Taylor-Joy, Alice Braga and Henry Zaga. The film was originally scheduled for an April 2018 release. But then it was delayed for reshoots, delayed again when Disney purchased Fox, delayed again by COVID-19, and is now scheduled for theatrical release — you read that correctly — on Aug. 28. (“Fingers crossed!” says this New Mutants promo video.) The many delays have created a lot of skepticism among Internet know-it-alls who assume it must be a mess. Well, the original comic was a beautiful mess, filled with adolescent mood swings and instantly dated haircuts, and that’s part of what made it compelling. Thanks to Comic-Con online we can finally see its opening scene:

And now, yesterday’s movie news. Please remember to wear your masks this weekend and to give super dirty looks to joggers who run without them and get way to close because come on guys you’re breathing more.