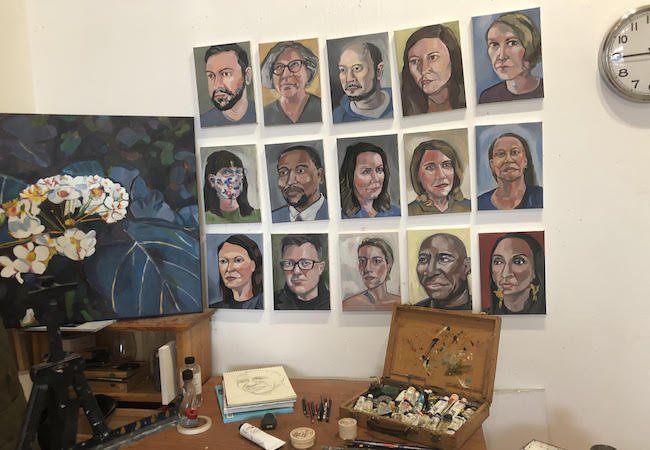 Portland Film Festival co-founder Joshua Leake is happy to share credit. Point to any of the recent innovations by the festival — from pod viewing this past year to a warehouse theater complex not long ago — and he’ll cheerfully volunteer which other festival inspired the idea.

“We rented a warehouse and we built out four theaters and two workshop areas and we built out our own theatre for two weeks,” he recalls on the latest MovieMaker podcast, available on Google or Spotify or above. “We had a company that builds Walmarts come in and build our movie theater for the film festival.”

That idea, he says, came from the Monterrey International Film Festival. The pods idea came from a trip to the Berlin Film Festival, just before the pandemic struck, where he noticed that some films were screened in small theaters. He enlisted the help of a Portland company that had just introduced a new “air filtration/surface cleaner” to create a hygienic space where people in the same household could watch movies together, at the festival.

Leake has a fascinating background. He grew up loving film, and after studying design (and learning calligraphy from the same instructor who taught Steve Jobs), he went into real estate. That led him back to film when an acquaintance asked for help making a movie.

He soon had a very successful festival run that included receiving Best Picture at TropFest New York in 2012. He was on the phone when Hugh Jackman and Rose Byrne presented him with the award, and put her on speaker phone to talk with Jackman. Here’s the video:

Leake talks with us on the podcast about whether now is a good time to move to Portland, how Comcast has been a boon to a city known for its indie spirit, and the Portland Film Festival‘s often unique ways of selecting films.

“We’ve done focus groups, where we put an ad out, and we have a film club. So we’ll end up getting like 30 or 40 people to come in, and we’ll watch 30 shorts,” he says. “And we basically all sit around, we watch movies.. and we watch it until someone says. ‘I absolutely love this film.’ And if we can get two other people that say that in the group, then we put it in our ‘love’ section, and then that gets, you know, reviewed accordingly. We kind of do some weird ways to make sure that everyone gets a chance to be seen.”

He also talks about the Facebook group every film festival organizer will want to get into, and gives advice about film financing at a tough time for moviemakers.

He adds that “there are some exceptions to the rule” — and cites as an example a project he’s working on involving Fight Club author Chuck Palahaniuk.

You can learn more about the Portland Film Festival here.

The Making of Roar: Lions and Tigers and Stitches, Oh My!
The World to Come Producer-Star Casey Affleck: ‘If You Write More Drafts, the Writing Gets Better’