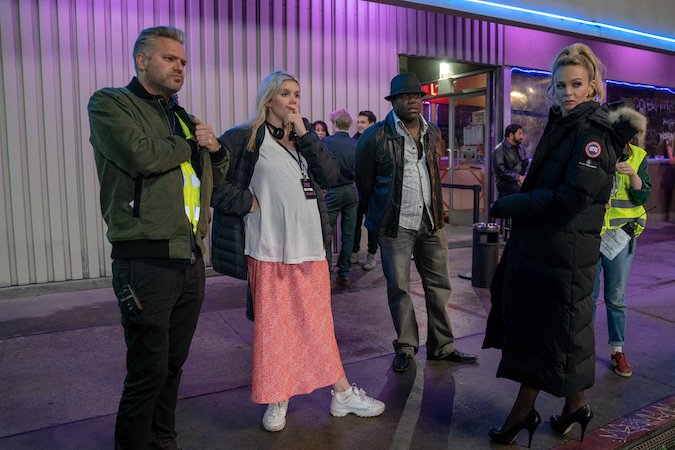 Carey Mulligan, star of the explosive Promising Young Woman, first met the film’s writer-director Emerald Fennell years ago, in an episode of the British TV procedural Trial and Retribution.

“Emerald played ‘Bitchy Girl in Nightclub,’” recalls Mulligan, “and I played ‘Girl Who Gets Murdered.’ We had a fight in the nightclub, and then I get thrown down the stairs.”

She clarifies diplomatically: “Not by Emerald.”

They only remembered their earlier collaboration about two weeks into shooting Promising Young Woman, which is likely to be much more memorable. We spoke to them at the Sundance Film Festival, where it premiered to an exhilarating mix of shock and delight. The film was originally scheduled for a spring release, but comes out on Christmas Day because of COVID-19 delays.

Promising Young Woman offers a provocative new take on “Girl in Nightclub”: It opens with Mulligan’s lead character seemingly drunk and barely conscious in a bar, while a pack of guys watch her. One decides to take her home, and tries to have sex with her despite her apparent vulnerability. And then we learn she isn’t so vulnerable after all. That’s only the beginning of a twisty, Hitchcockian story that is equal parts dark comedy and thriller. You’ll leave the theater thinking about consent, but also feeling knocked out by the witty storytelling.

It’s also gorgeous. The color palette is filled with soft pastels, and the music is ecstatically perfect. Charli XCX and Britney Spears have shining moments, but the best musical number takes place in a drug store, and features a forgotten song by the last artist you’d expect.

“Just because something is difficult doesn’t mean it can’t be beautiful, because life is a horrendous, beautiful nightmare, isn’t it?” Fennell says. “I wanted it to be fun and a popcorn movie that also turns the thumb- screws on every single person watching it. And I just want them to like it. I want it to be kind of a horrible, beautiful experience. Carey’s performance is the absolute linchpin of that because it contains everything that the film is.”

Fennell ran the second season of the beloved BBC America thriller Killing Eve, and plays Camilla Shand, the eventual Duchess of Cornwall and wife of Prince Charles, on Netflix’s The Crown. For all her TV success, she also wanted to make sure her debut movie felt like a true movie — “crafted and singular.”

She hired production designer Michael Perry, a veteran of both It Follows and the TV show Sweet Valley High, to create a vibrant, cheery American setting that conceals terrible secrets. His team built sets that look so delicious you want to eat them. She also recruited costume designer Nancy Steiner, known for The Virgin Suicides, Lost in Translation, and Showtime’s Twin Peaks, and told her she wanted Mulligan’s look to be “soft and approachable” despite the trauma her character is dealing with. 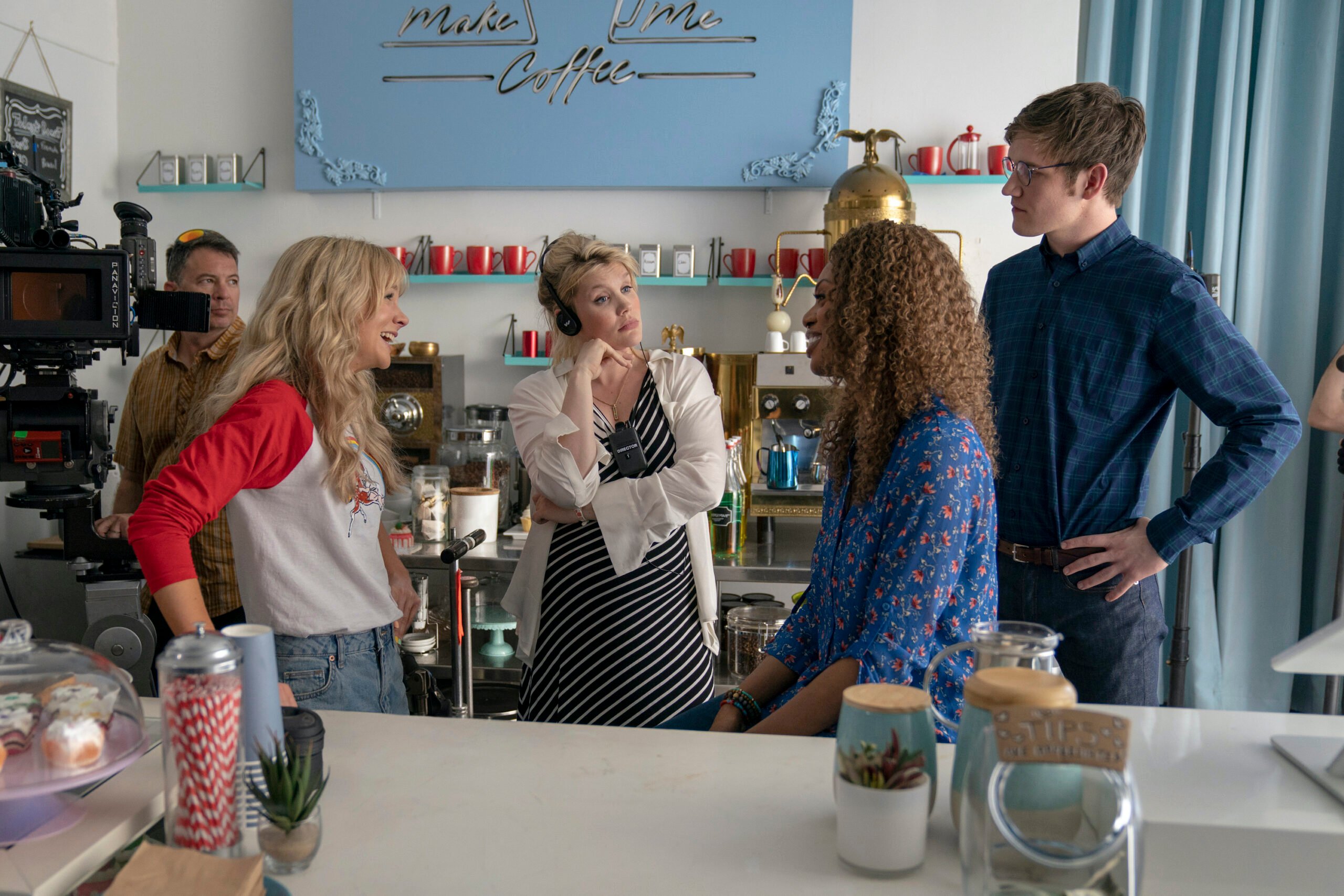 “The thing about women often who are in kind of distress, or whatever it is, is they don’t wear sweatpants. They dress up. They put on lipstick.”

Her script doesn’t over explain or lecture. Fennell trusts her audience.

“I wanted to leave a lot of the stuff unsaid, because I think every person — I think, I hope — who watches it implicitly understands what’s happened.”

Fennell was inspired by, among others, Alfred Hitchcock and some of the female authors whose work he adapted, including Strangers on a Train author Patricia Highsmith.

When Mulligan got Fennell’s script, she says, she felt “such a massive mixture of fascinated, thrilled— it’s so exciting to read good writing. Like I can’t tell you how exciting it is.”

Carey Mulligan is careful about the roles she chooses: “In probably the last 10 years I haven’t done something unless I couldn’t bear the idea of anyone else doing it,” she said. She said doing Promising Young Woman was a no-brainer.

The film comes from LuckyChap Productions, founded by Margot Robbie, Tom Ackerley, Josey McNamara, and Sophia Kerr in 2014. The company is focused on female-fronted films, as you may remember from our Winter 2020 profile in MovieMaker.

Some people in Hollywood misguidedly talk about working with female filmmakers as if they’re performing some noble civic duty. But Mulligan has a savvier reason. She notes that female-led films have a form of built-in quality control.

“I’ve worked with female theater directors and filmmakers sort of the whole way through my career. They’ve always been brilliant experiences,” she said. “I always know when I’m getting a script that’s being directed by a woman that it’s something to get excited about, because you can guarantee they’ve had to work eight times harder to get to the point where they’ve got a script that’s going out to actors.”

One of Mulligan’s favorite things about Promising Young Woman is that as aesthetically intoxicating as the film is, its beauty doesn’t distract from its story. Mulligan says people often ask her about her clothes in movies, as if she’s playing dress-up for fun, instead of giving life to a character.

“Do you know what’s so delightful?” she asks. “I usually get asked a lot, Wasn’t it fun to wear that outfit? … Because people like the film, and have so many questions about it, we’ve had so few silly questions.”