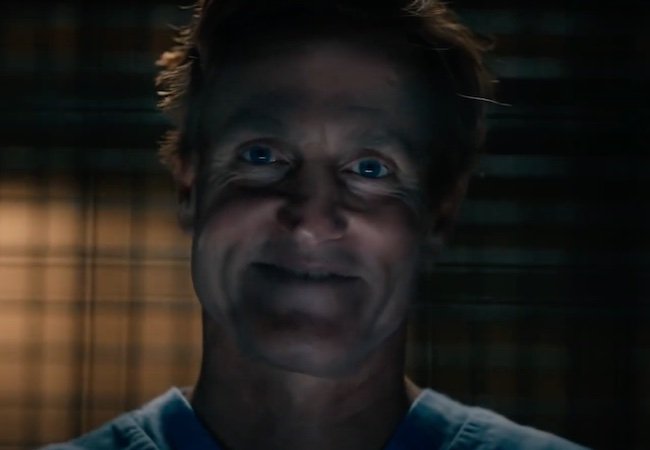 A new Venom trailer welcomes Woody Harrelson to the CGI fold; the coming comic-book movie glut; Hollywood is extra skeptical of the HFPA; and Richard Linklater and John Waters will soon have an interesting chat. All in today’s Movie News Rundown.

Chris Rock on Spiral: The star of the new horror film Spiral: From the Book of Saw, says he’s open to a sequel. “We want this one to do well, so we don’t want to get too ahead of ourselves, but, if this one does well, I could see myself doing this again,” he told ComicBook.com. Spiral is out Friday.

Berlin Film Festival: It’s a go! Weeks after organizers said plans for holding the event in cinemas and outdoors was turning out to be a “bigger challenge” than originally expected, they now say the esteemed festival will go forward as an all-outdoors event, to be held June 9-20. There will be 16 open-air cinema venues, Variety reports.

Advice: This Reddit thread asks filmmakers, “What’s the best advice you were ever given?” I love the quote from Ira Glass on taste, which I think about often, and the funny advice from an unnamed film professor: “Everyone has at least 10 bad films in them. Get them out while you’re in school.”

Scarlett Johansson on HFPA: The told Variety she has avoided HFPA press conferences due to “sexist questions and remarks,” and suggested that the industry should distance itself from the organization unless it can fix itself. She joins Amazon Studios, Netflix, and Times Up, all of which have said the organization, which presents the Golden Globes, needs to do more to reform itself, beyond a plan approved on Thursday that would increase diversity restrict gifts and payments to members, among other changes.

Why So Many Comic Book Movies? I, like perhaps you, have noticed a real glut of comic book news lately. Why? I’d love to hear your theories. Mine is that comic-book films are exactly the kind that studios opted not to release for home viewing during quarantine, because they see them as “event” films meant for huge screens and speakers. So now we’re getting scads of them, all at once. Also, studios are playing it safe as they try to lure audiences back to theaters, and comic-book movies are the safest bets. I hope, of course, that they succeed in luring people back to theaters, and that we can then have non-comic-book movies, too. Anyway I very much prefer “there are too many comic book movies this year” to “all the theaters are closed.”

And So: Here’s the brand-new trailer for the critically reviled, audience-embraced Venom. This one’s called Venom: Let There Be Carnage and features Woody Harrelson. The opening scene is a cooly realistic recreation of millions of children and dads trying to make Mother’s Day breakfast yesterday.

Provincetown: We’re very excited about this — the Provincetown International Film Festival just announced it will bestow its top honor, The Filmmaker on the Edge Award, to five-time Academy Award nominee Richard Linklater (Boyhood, Dazed and Confused) and that he will accept the award in a virtual conversation with the wonderful John Waters, a stalwart of the festival. (Last year he held a spectacular screening of a killer-rabbit movie.) PIFF also announced that actor/filmmaker Natalie Morales (Plan B, Battle of the Sexes) will receive the Next Wave Award. It also announced a slate of films including Jon M. Chu’s In the Heights, which will play at the Wellfleet Drive-In on opening night, June 16. The hybrid festival will run through June 25 in Provincetown, Massachusetts, and here’s how strongly I endorse it: I am going to go.

Will You Indulge Us in Another Video? Saturday Night Live did a very nice job on its loving, dead-to-rights sendup of HBO’s terrific Mare of Easttown. Look for our interview with Mare of Easttown director Craig Zobel this week on the MovieMaker podcast.

Main image: Woody Harrelson in Venom: Let There Be Carnage.