Rundown: Where to Watch (and Listen) to the Oscar Nominees 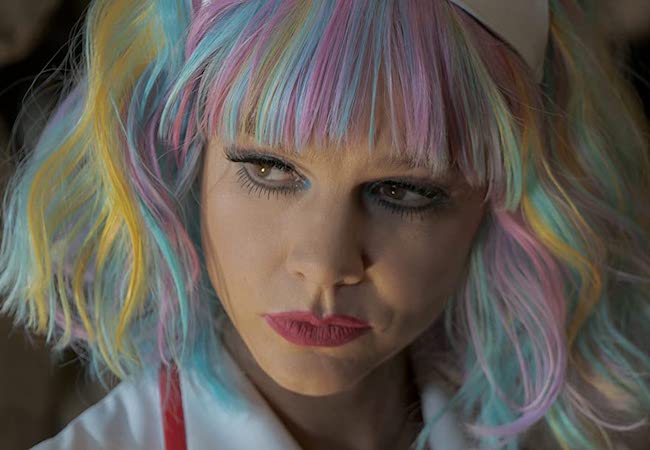 In today’s Movie News Rundown: Where to watch all of the Oscar nominees, and listen to our interviews with quite a few of them. Plus: Boba Fett’s 1978 origin story.
But First: Netflix’s new drama The One is about a DNA-based dating program that turns out not to be too far from reality. Margeaux Sippell has more.
Finding Minari, Judas and the Black Messiah, and More: Variety has this helpful look at where to watch every Oscar-nominated film.
Listen: Our MovieMaker podcast has interviews with and about many of the Oscar nominees, including:
◊ Gary Oldman, nominated for Mank
◊ Promising Young Woman director Emerald Fennell and star Carey Mulligan
◊ Florian Zeller, whose The Father is up for Best Picture
◊ Alexander Nanau, whose film Collective  is up for Best Documentary Feature and Best International Feature.
You Can Also: Subscribe to the MovieMaker podcast on Apple or Google or Spotify, and maybe review us? Thanks!
Nomadland: The Chinese government has ordered local media not to broadcast the Oscars live because of concerns about past comments by Nomadland Best Director nominee Chloe Zhao and the nomination of a short documentary about the Hong Kong protests, “Do Not Split.” Deadline has details.
‘Catharsis’: Here’s a short film by Lawrence “LAW” Watkins about a Black woman in mourning who confronts a DA who won’t prosecute the cop who killed her son. “In an era where police killings of Black people earn 10 million YouTube views, this film is about jolting people out of their comfort zone, out of their bubble and into unfamiliar, uneasy and perhaps frightening territory,” says Watkins.
Star Wars Holiday Special: Around 2002, I went to a Union Square flea market with MovieMaker podcast co-host Eric Steuer, where he spotted a dirty VHS bootleg of something called The Star Wars Holiday Special, which aired on CBS in 1978. It cost about $30 and Eric said to buy it because I might never find it again. He also promised it would be horrible. It was! Except for a brief, bizarre animated sequence that introduced a mysterious character named Boba Fett. How times change: Today’s fortuitous generation will be able to see it very soon on Disney+ for very little time and effort, Variety reports. (Actually, for you rebels out there, it’s available below. Shh!)