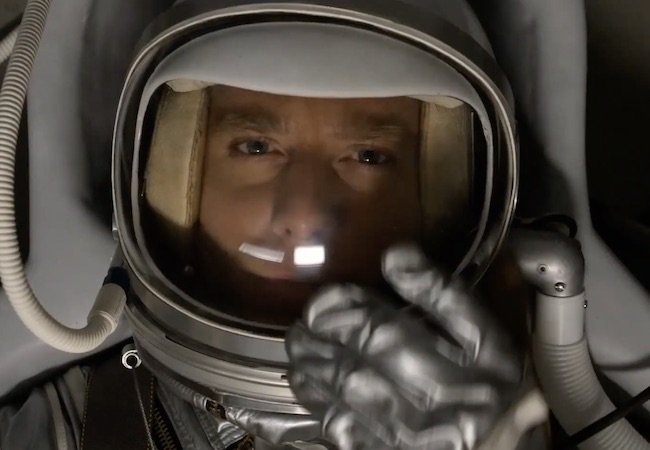 In today’s Movie News Rundown: The new Right Stuff trailer is here; the Tiger King zoo is closing and re-opening as a Tiger King studio; a talk about Spree and social-media narcissism; and Olivia Wilde goes into the Spider-Verse. Plus: The new doc DTF, about Tinder and death, raises wild questions about documentary ethics.

The Tiger King Zoo: Is closing, which means you’ll be seeing more, not less, of the Tiger King zoo. It’s being converted into a (dear God) studio for Tiger King-related content. EW has details, and Ew is also my reaction.

Inside Spree: Spree, in which Stranger Things star Joe Keery plays a lonely ride-share driver desperate for attention, is one of the more divisive movies of the year — which is funny, because the film looks at how social media fuels our extremes and division. Here’s my talk with director and co-writer Eugene Kotlyarenko for the latest MovieMaker Interviews podcast, available on Apple or Spotify or right here:

The Right Stuff: Here’s the just-released-minutes-ago trailer for The Right Stuff, the new Disney+ series launching (haha) Oct. that will have a very hard time topping the 1983 film. Both are based on Tom Wolfe’s astonishing book about the early American space program.

Olivia Wilde Joins Spiderverse: The Booksmart director is making a Marvel movie for Sony, which of course is the studio that only handles Marvel’s Spider-Man-adjacent IP. “While not confirmed, it is expected that the story will be centered on Spider-Woman,” says Deadline. Expected by whom? It is believed that passive tense is unhelpful here.

Thoughts on the Inception Top: Watched Inception again last night in anticipation of Tenet, and this Film School Rejects piece is the best thing I’ve read about the ending.

Sidewalk Loves You: The Sidewalk Film Festival at the Drive-In, starting Sunday in Leeds, Alabama, has a free offer code for anyone in need — SIDEWALKLOVESYOU. Unbelievably cool. We love you too.

DTF Trailer: DTF is the most jaw-dropping documentary I’ve seen this year, and the only one that made me both wince and laugh. Filmmaker Al Bailey follows a friend, a widowed airline pilot named Christian (not his real name) on a global quest to find love via Tinder. But in the process, Al learns he doesn’t know his friend at all, as Christian engages in extremely questionable behavior from the jump. There’s unlikely comedy in Al’s ethical quandary over how to handle his subject, and whether to continue the film at all. Here’s the trailer for the film, which premieres Sept. 1 at the Dances With Films festival online, and is available everywhere Sept. 15:

Spree Director Eugene Kotlyarenko Wrote All 7,000 Internet Comments That Appear in the Film
Tesla: Ethan Hawke and Michael Almereyda Reunite for Another Story of a Man Out of Time