Spree Director Eugene Kotlyarenko Wrote All 7,000 Internet Comments That Appear in the Film 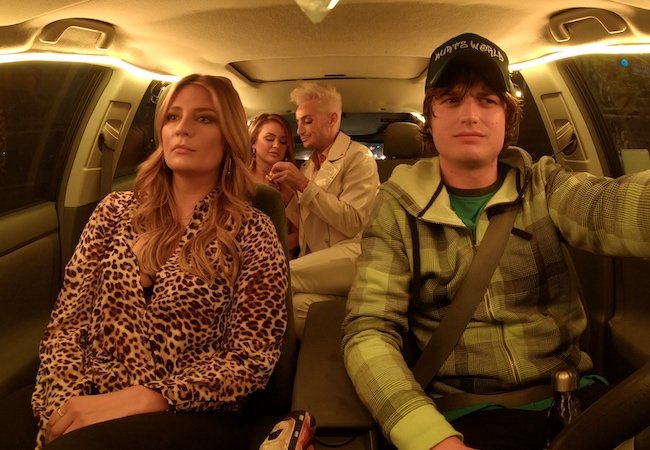 Spree director Eugene Kotlyarenko says one of his objectives as a filmmaker is to “make something that I haven’t seen before… to sort of  advance the language of cinema while also making something that is just really entertaining.”

One way he advances the language of cinema in Spree — entertainingly — is by using social media reaction posts as a kind of Greek chorus throughout the film.

Spree follows a lonely ride-share driver named Kurt (Joe Keery) who goes to extreme lengths to draw an online following. He obsesses over a far more successful online personality (Sasheer Zamata), and both of their followers — and followers of some other online characters as well — provide a running commentary from a multitude of perspectives.

“It took me many, many, many, many nights and weekends and hours, like beyond belief, and it’s extremely tedious,” Kotlyarenko says on the latest MovieMaker Interviews podcast.

“But also, it felt extremely important on a formal level, obviously, because I’m trying to do new things with cinema. And also just on a commentary level, if you stop the movie, if you’re watching it at home… and you stop it at any point, those comments would make total sense… to offer different  ideological and political reflections on what’s going on in the film.”

You can listen to our full interview on Apple or Spotify or right here:

The comments add several layers to Spree, a horror-satire that examines our collective need to seek approval from strangers. You could spend hours reading them all.

They also undercut Kurt’s pathetic desire to control the narrative of his life — and other people’s lives, too. The commenters prove as impossible to corral as the internet itself. 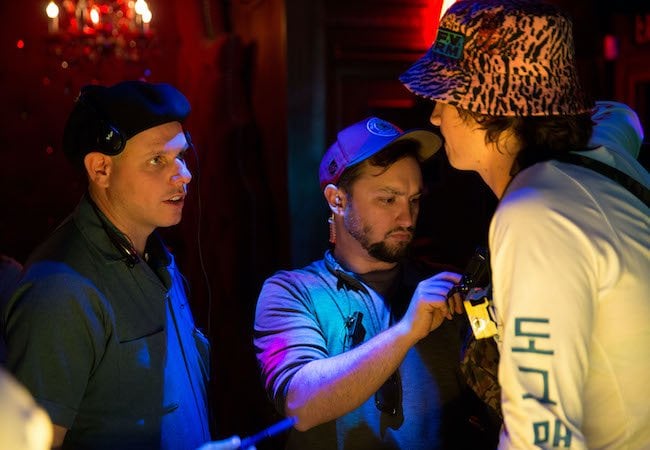 Eugene Kotlyarenko directs Joe Keery on the set of Spree. All photos courtesy of RLJE Films.

Besides Keery and Zamata, the film stars Kyle Mooney as a comedian obsessed with Zamata’s character, a standup comedian named Jessie, and David Arquette as Kurt’s rather sad DJ dad. Mischa Barton, Lala Kent and Frankie Grande pop up unexpectedly.

Kotlyarenko, who wrote Spree with Gene McHugh, says the film taps into a very basic, and very destructive, modern narcissism.

“One of the things that we can all share, right, a universalized experience more or less, is that we wake up in the morning, and we kind of look at our phones first thing to see if we got any notifications, any sort of news that could be pertinent to how much people care about us, right? It’s the perfect sort of like narcissism-like reflection machine. And it gives us dopamine hits we need to make us feel loved,” says Kotlyarenko.

“And I felt like this was turning us all into you know, kind of desperate, potentially monstrous beings. And so I thought I would make fun of that and take it to kind of the most horrific place it could go, which is the movie Spree.”

Our full interview, on the podcast, also addresses the current state of film and film criticism, Kotlyarenko’s appreciation of Paul Verhoeven and Pedro Almodóvar films, and why TikTok videos are sometimes more entertaining than modern movies.

Spree, directed by Eugene Kotlyarenko, is now in theaters and available on-demand and digitally.