Sundance Survey: Moviemakers Give Us an Inside Preview of 19 Sundance Films 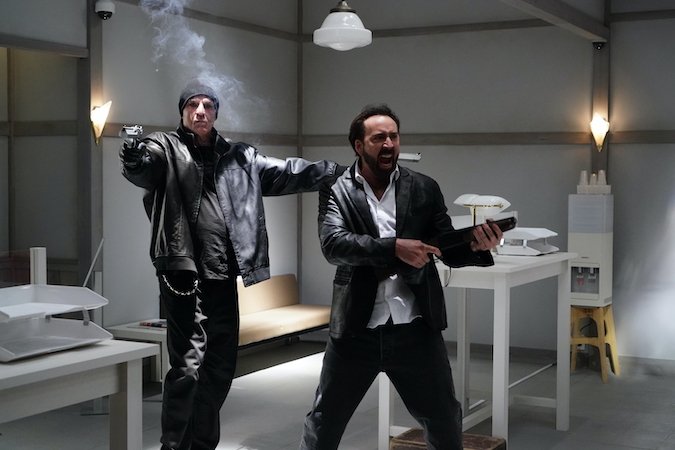 The Sundance Film Festival was one of the few in-person events unscathed by the pandemic in 2020, since it begins in January. But tonight, under the leadership of new festival director Tabitha Jackson, Sundance returns with both a virtual festival and in-person satellite screenings across the country. Even in a strange year, Sundance remains the king of the U.S. film festivals, fielding 3,500 feature film submissions and just over 14,000 total submissions. Ninety-two percent of the feature films are world premieres.

The moviemakers in our annual Sundance Survey fearlessly followed their subjects wherever they led, from Malta to the Carpathian Mountains to a Navy warship. They covered subjects ranging from a school shooting to a jockey to an overlooked, trailblazing lawyer. 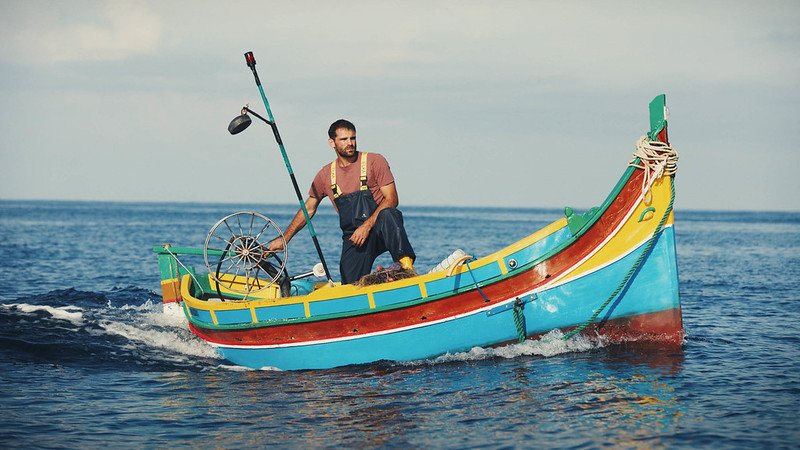 Who: Alex Camilleri, writer and director

Logline: Jesmark, a struggling fisherman on the island of Malta, is forced to turn his back on generations of tradition and risk everything by entering the world of blackmarket fishing to provide for his wife and newborn baby.

An audience watching my film probably won’t know that: My male leads are real fishermen who became amazingly good actors. Most of their dialogue was improvised, then rehearsed over two years.

The most expensive thing in our budget was: Swordfish. Twenty-three euros per kilo!

A darling I had to kill along the way was: The idea that I’d ever get my sea legs.

When I heard we got into Sundance: I called Jesmark and David, my fishermen leads in Malta, and did my best to explain what Sundance is.

Ma Belle, My Beauty (NEXT) 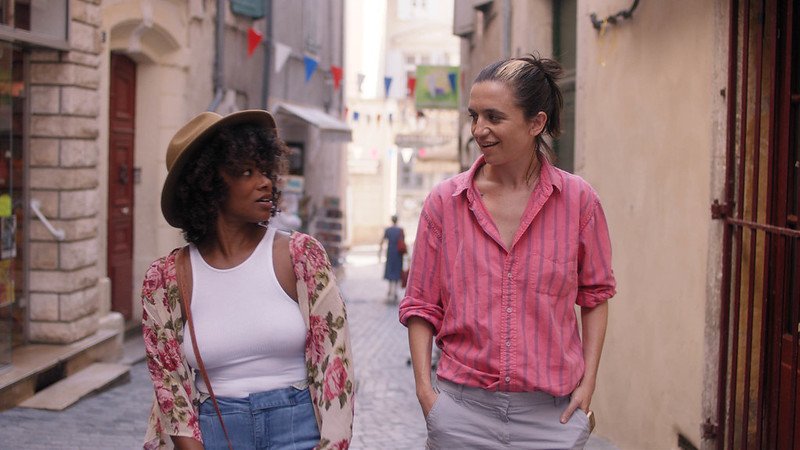 Who: Marion Hill, writer and director

Logline: A surprise reunion in southern France reignites passions and jealousies between two women who were formerly polyamorous lovers.

The first spark of an idea for this movie came when: I was just out of college and had this weird feeling that my girlfriend would one day leave me and decide to marry her ex, who was also my best friend.

The biggest lesson I learned making this movie was: Good vibes are non-negotiable. And momentum is everything.

A darling I had to kill along the way was: Thinking that starting every day of production with group yoga and meditation was a sustainable idea. 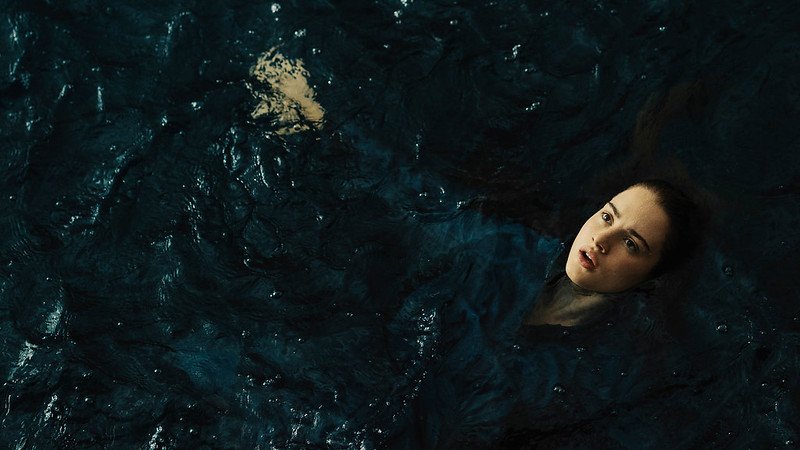 Who: Karen Cinorre and Sam Levy, writer-director and cinematographer

Logline: Mayday tells the story of Ana, who is transported to a dreamlike and dangerous land where she joins an army of girls engaged in a never-ending war along a rugged coast — though she finds strength in this exhilarating world, she comes to realize that she’s not the killer they want her to be.

An audience watching my film probably won’t know that: There are 30 different kinds of wind in Croatia.

The biggest lesson I learned making this movie was: Don’t skimp on wigs.

A darling I had to kill along the way was: A hurricane did it for us. It destroyed our biggest set. We had already shot it out, but had been asked to preserve it in a local museum. 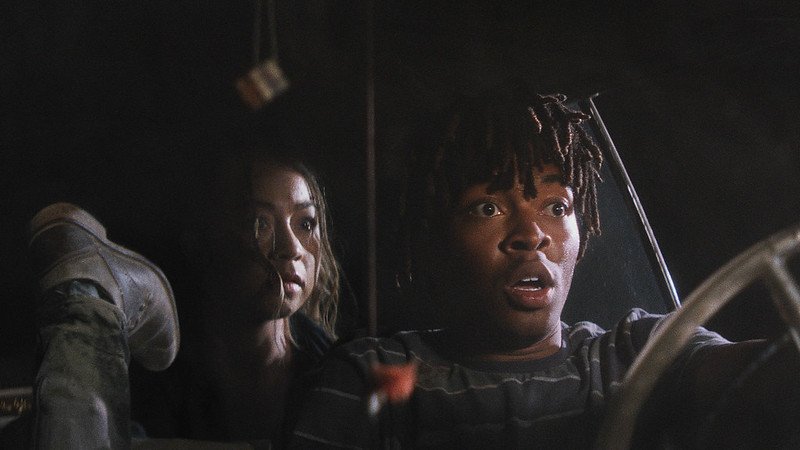 Logline: After he is conned into buying a shady ’65 Chrysler, Mike’s first date plans with girl-next-door Kelsey implode as he finds himself targeted by criminals, cops and a crazy cat lady.

The first spark of an idea for this movie came when: My co-writer/director Darren Knapp and I were having breakfast one day, and I was having car problems. I was talking about how you never know what the prior owners of your used car actually did to the car, how they treated it, or what kind of past life the car had. That sparked the idea for our story: What if a high school kid bought his first car to take his crush out on a date, and the past life of that car was even crazier than he could imagine?

My favorite scene in the film is: The huge climactic sequence. Don’t want to spoil it, but it’s worth the price of admission!

An audience watching my film probably won’t know that: When the 1965 Chrysler New Yorker dies on Mike’s first drive as it comes around the corner, it was not a planned stop. The car battery died mid-shot. So we turned it into a sequence and then filmed us jump starting the car to get it going again.

The most expensive thing in our budget was: The huge climactic sequence. (We’re not kidding, you have to see it!) 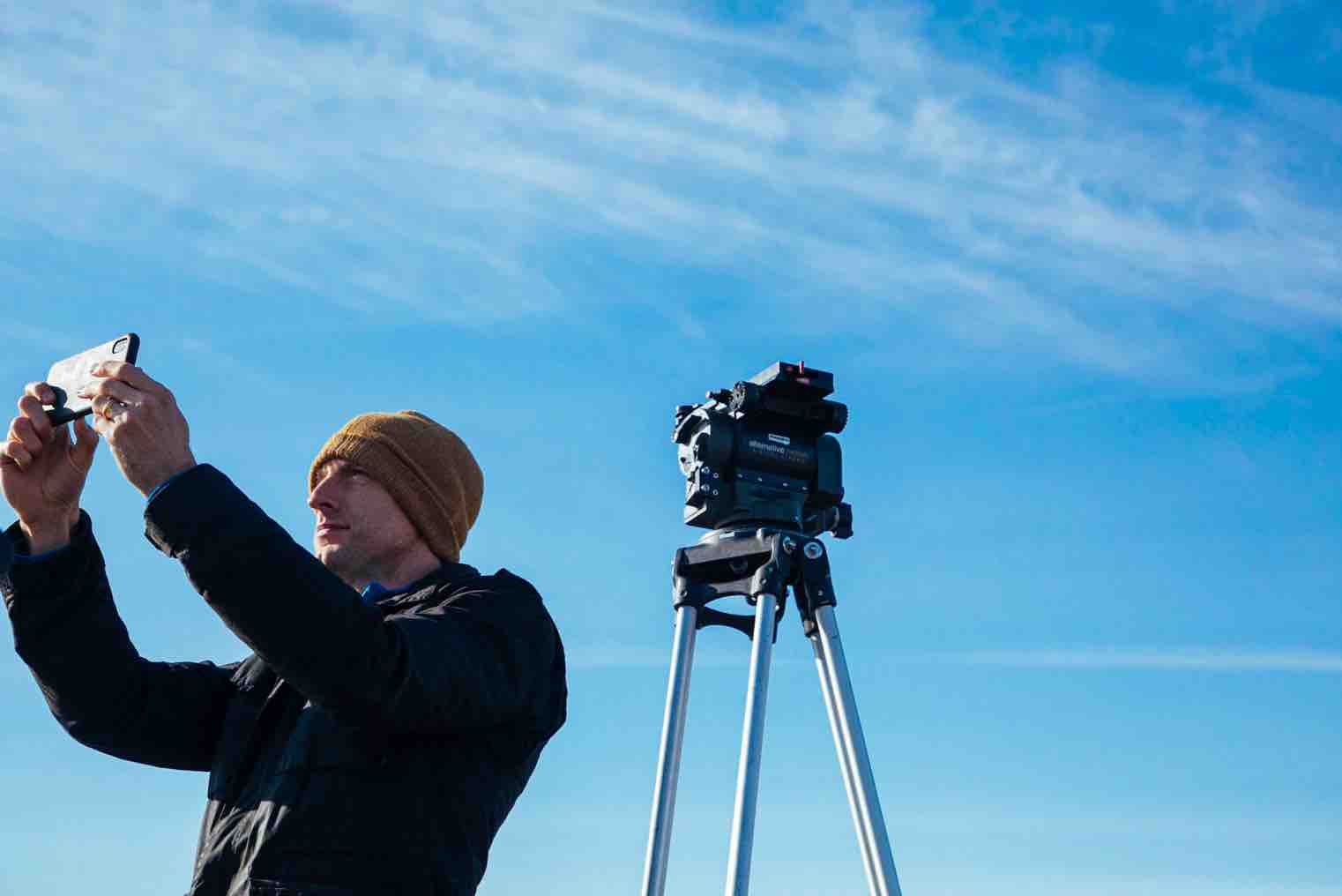 Who: Fran Kranz, writer and director

The first spark of an idea for this movie came when: I heard a parent on the radio who lost a child during the shooting at Marjory Stoneman Douglas High School in Parkland, Florida.

My favorite scene in the film is: The majority of the film takes place in one room. The first time we see the room, the lights are off and we (the camera) are alone in it. I love the shot as a kind of empty stage, but it also gives me comfort because I know the room can support what’s about to happen there.

An audience watching my film probably won’t know that: While there is little to no music, we spent many hours composing room tone.

When I heard we got into Sundance: I kind of cried, didn’t I? It’s on video, so we can check. 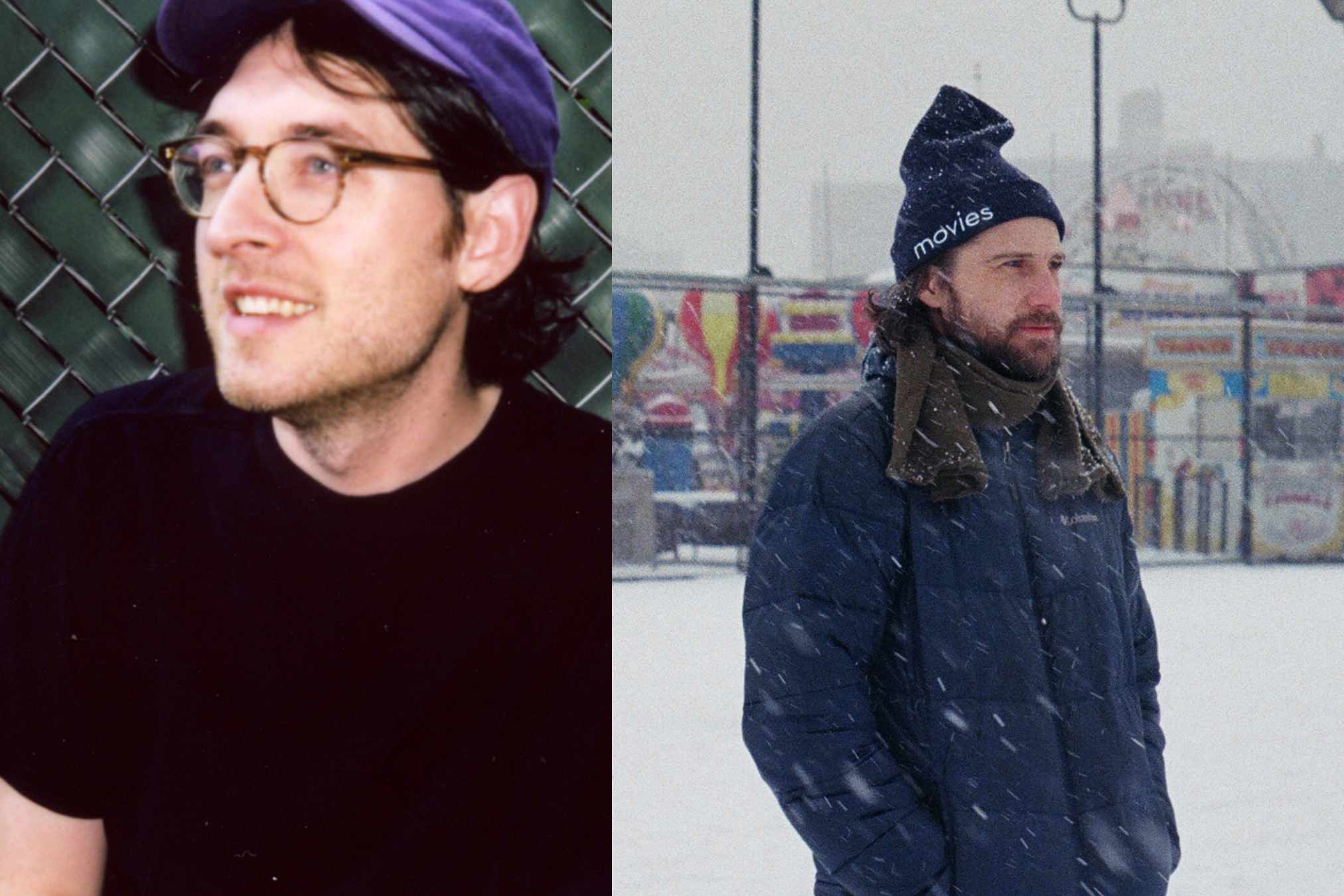 Who: Albert Birney and Kentucker Audley, co-writers and co-directors

Logline: In a world where the government records and taxes dreams, an unassuming dream auditor gets swept up in a cosmic journey through the life and dreams of an aging eccentric named Bella. Together, they must find a way back home.

Our most interesting, weird, or difficult location: We filmed for a day on a historic ship, the USS Constellation, permanently parked in the Baltimore Inner Harbor. It looks amazing but it’s surrounded by restaurants and tourist attractions. So what was supposed to be this epic ship sailing the open ocean was really parked next to Ripley’s Believe It or Not, blaring Top 40 hits from its outside speakers.

The biggest lesson I learned making this movie was: We tried to do as many practical effects and as much stop-motion stuff as we could, but we also worked with a lot of great VFX artists in post-production. That opened our eyes to some new visual possibilities without losing the handmade quality of our style. Also, if Dan Deacon is doing your score, you’re in really good hands.

A darling I had to kill along the way was: There was a whole scene that was supposed to take place in a TV studio on the moon, but at some point we realized it was going to be too complicated, so we changed the location to a “dark void.”

My Name is Pauli Murray (Premieres) 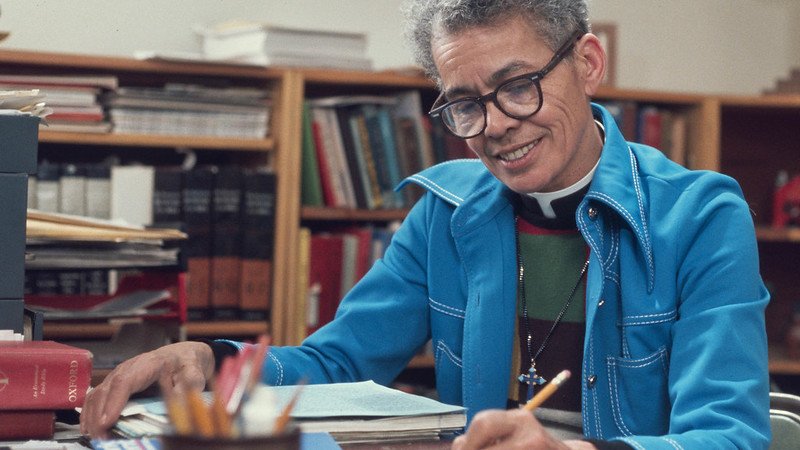 The first spark of an idea for this movie came when: We were making RBG, and Justice Ruth Bader Ginsburg told us that Pauli was one of the people on whose shoulders she stood. After we did some research, we understood why.

My favorite scene in the film is: The exhilarating story of Pauli’s cross-country travels in the 1930s, hitchhiking and hopping trains, much of it captured with extraordinary photos in Pauli’s archive. In the film, we’re able to tell this story largely in Pauli’s own words from audio recordings that no one outside Pauli’s close circle has ever heard before.

Also read: Think Like a Producer — Advice From The Climb Creators Michael Covino and Kyle Marvin

When I heard we got into Sundance: We cried a little. After spending two years delving into Pauli Murray’s story, we were overwhelmed by the realization that a much wider audience is about to learn about this essential but under-recognized figure.