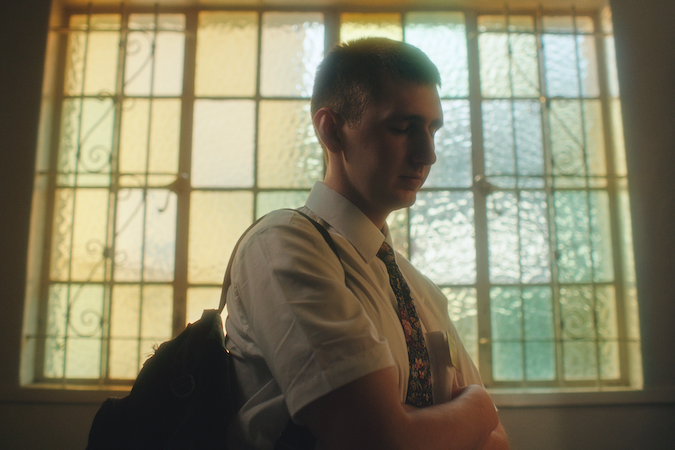 In this clip, Barnes and editor Jordan Michael Blake go over some practical tips for how they heightened the tension and humor of specific shots in the pivotal scene in “The Touch of the Master’s Hand.”

The scene is introduced with a closeup of a hand opening a door handle. Blake describes the shot as feeling like “an ominous horror movie shot” that gives “a feeling of tension.” Barnes adds that inserts are “hard” because they “take just as long to frame and light as any other important shot in a movie.”

The scene then goes into a fairly routine check-in with Sam and the president. Barnes explains, “The jokes here, as far as I’m concerned, are how weird these questions are, and they’re funny in a rapid pace.”

After this questioning, Blake explains that they subtly trick the audience into believing the scene is over by cutting to a medium of the president and then a full wide. He says, “OK this scene is done. We did this thing where we started on a wide, we went into some closer shots and we’re ending on a wide. That’s us telling you that this is going to be done.” But a closeup of a painting of Jesus in the room clues the audience into something else going on with Sam.

Blake also secretly speeds and slows down certain shots throughout the short, using the “Optical Flow” feature in Adobe Premiere Pro. In the clip below, he goes over exactly how to utilize this tool, in addition to other editing tips and tricks.