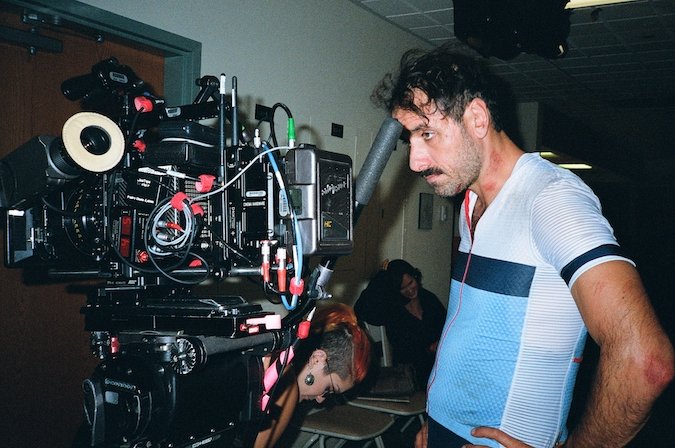 During the writing process, Kyle and I discussed the idea that, because my character was an outsider to this family and in this house, we should depict that experience by leaving the camera outside during the scene. I loved the idea of traveling smoothly around the outside of a house during a Christmas gathering and only catching snippets of conversations — as it can really feel when you walk through a house during a family gathering.

Zach and his team again performed wizardry. They developed an electromagnetic rig for our camera support that allowed us to move seamlessly from handheld to a dolly, then back to handheld. When the camera was in position for the dolly, they would activate the electromagnet and it would lock into place.

The real feat, from our grips’ perspective, was to build a dolly track around the entire house that moves past windows at different heights. There are a lot of ways to do this with an unlimited budget, but this was our last week of shooting and things were tight. So, we rented hundreds of apple boxes, leveled them on uneven ground, and built a track on top of them that wrapped around the entire house. Apparently, we rented all the apple boxes in New York that weekend, because two people came up to me later and said, “You made The Climb? That’s that movie that took all the apple boxes, right?” 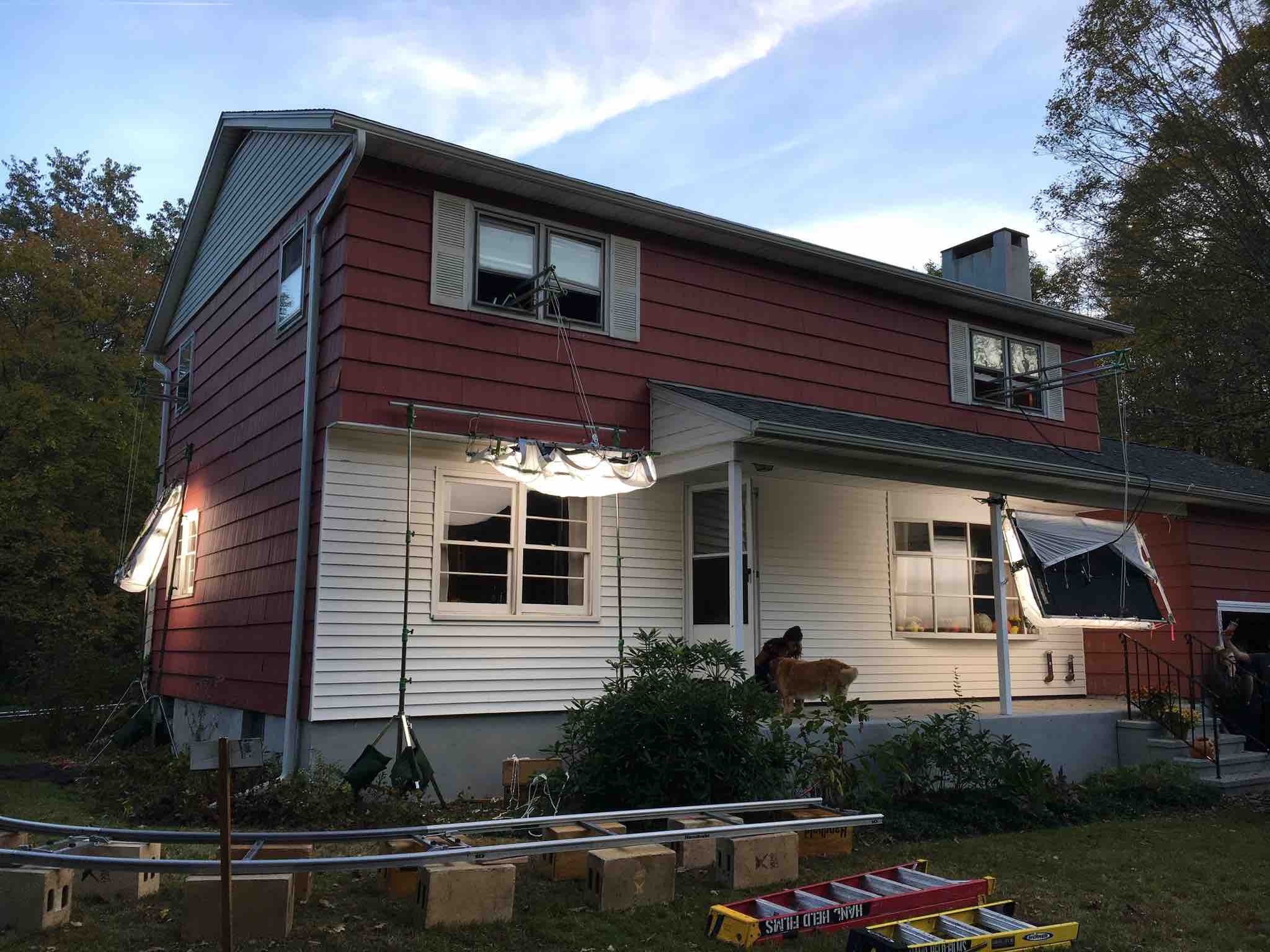 In the Christmas segment of The Climb, the camera revolves around Kyle’s house from the outside, never entering.

Each scene in The Climb had a different set of challenges but they all shared a similar sense of tension and pressure, especially as we reached the end of our shooting days. Everyone on set was hyper-focused, not wanting to be the one to ruin a take. It was a special environment — one I haven’t experienced all that often — and the performances were better as a result.

We said throughout the process that if our single-take approach ever felt unmotivated or gimmicky, we would abandon it. We explored versions in the edit that cut the scenes up, but those versions never felt like the movie we wanted to make. 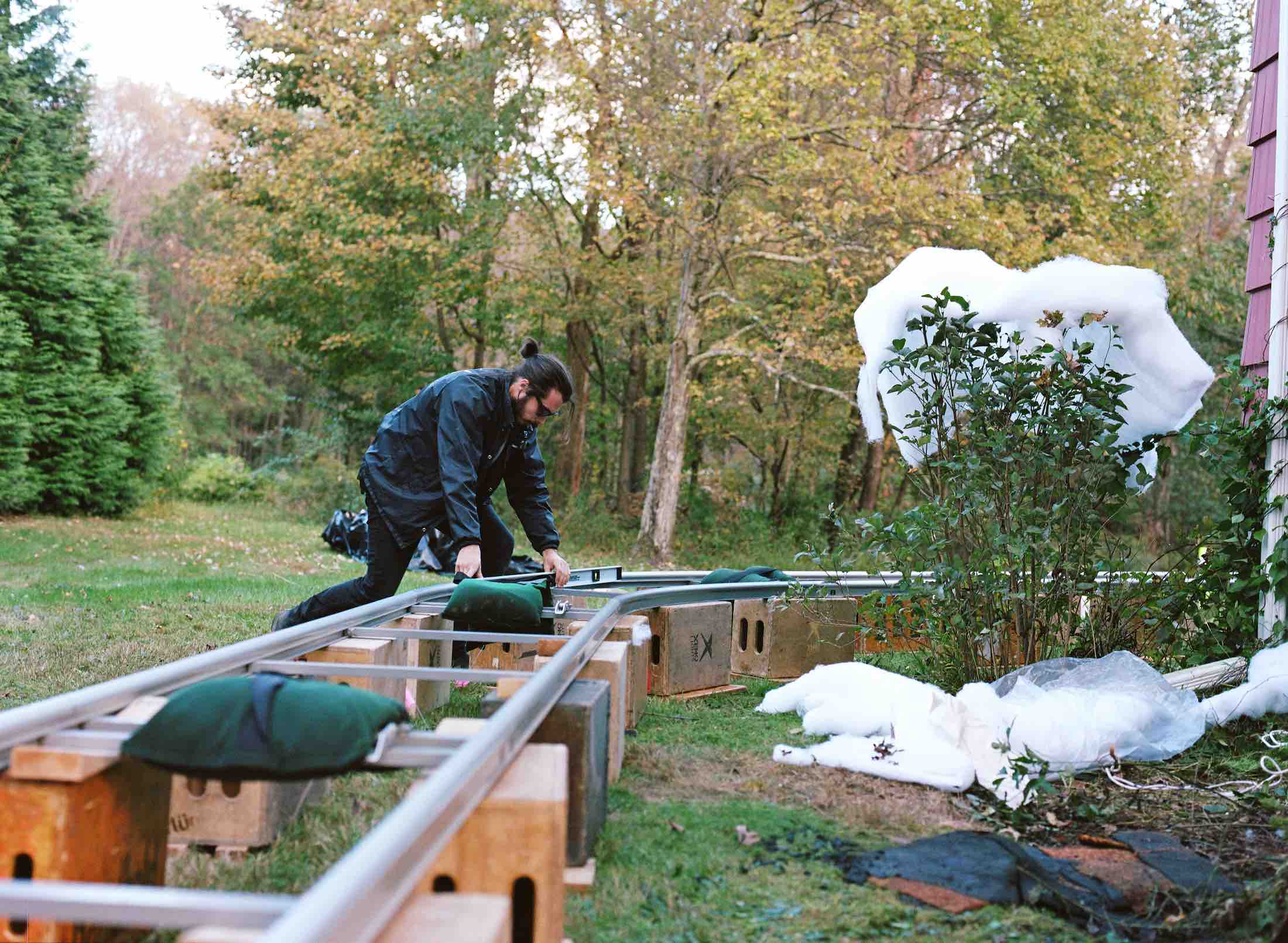 Laying down the dolly track for the Christmas segment of The Climb, directed by Michael Covino.

Whenever I produced films, I would tend to get frustrated that we never had enough time on the day. We would schedule a film to shoot in 20 days and rush through setups, struggling to make our days. Often the best performances and freshest ideas were found during our final takes, at which point we were forced to move on.

I wanted a different process for The Climb. I wanted to take our time to find the magic within a scene, and sometimes we’d find that on take 12. Since we only needed to get the shot once, it gave us the freedom to try that shot again and again. 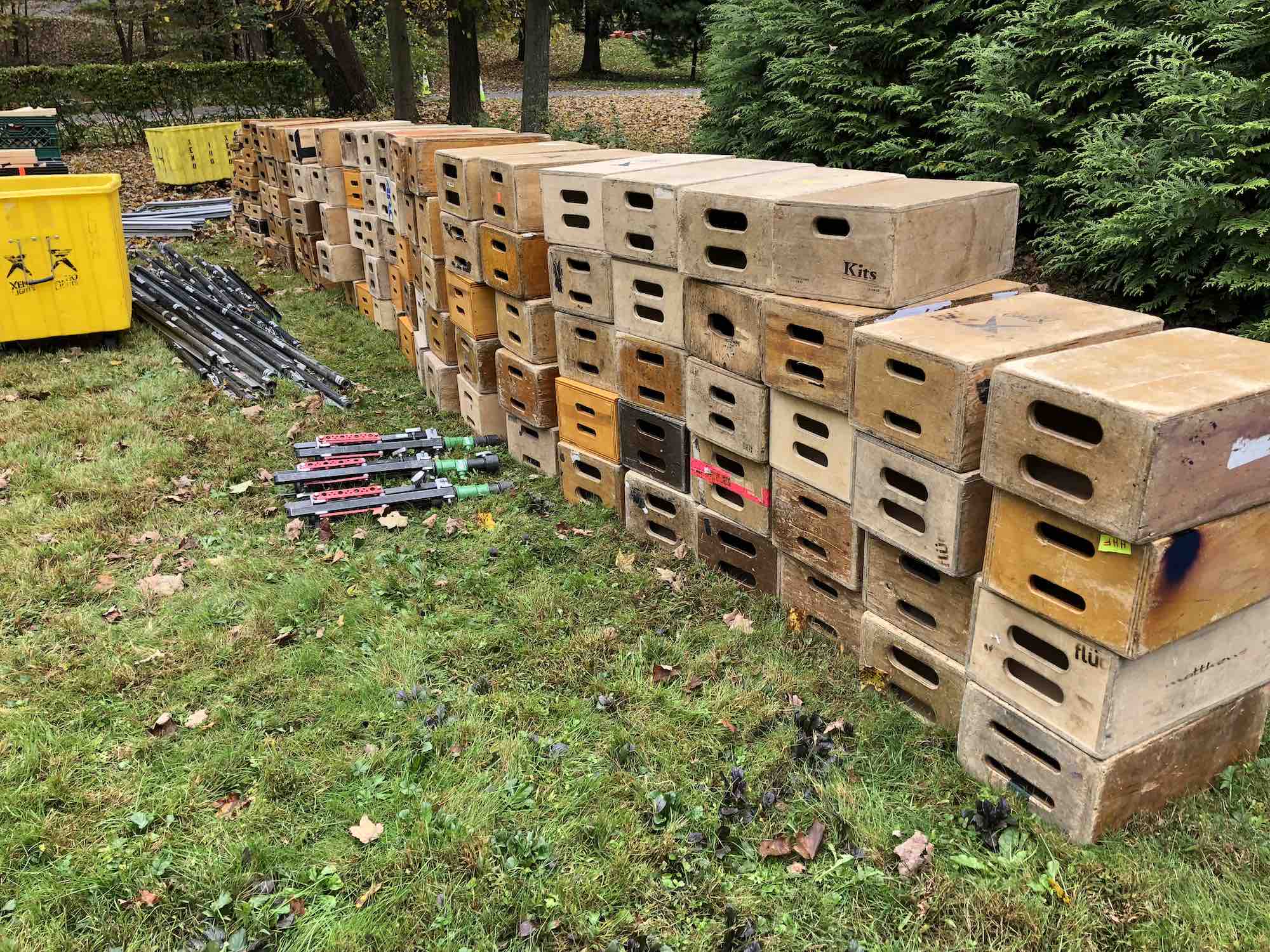 To the surprise of director Michael Covino, The Climb became notorious at nearby rental houses for the sheer amount of apple boxes it required.

The other thing that was attractive to us about our approach for The Climb was that it was terrifying. I was constantly aware that any of the scenes we shot could ruin the film if we didn’t get everything just right. That forced me to focus on preparation in a way I never had before. In the past, I had sometimes relied on my ability to improvise on the day. For The Climb, the stakes felt so much higher and I knew that wouldn’t be enough.

Come to think of it, maybe this whole film was just an elaborate way for me to overcome my habitual procrastination. I’m not sure that it worked, though… it still took me three weeks to start writing this article.

The Climb, directed by Michael Covino opens in theaters Friday.