The Old Guard Director Gina Prince-Bythewood: ‘This Industry Is About Overcoming No’ (Podcast) 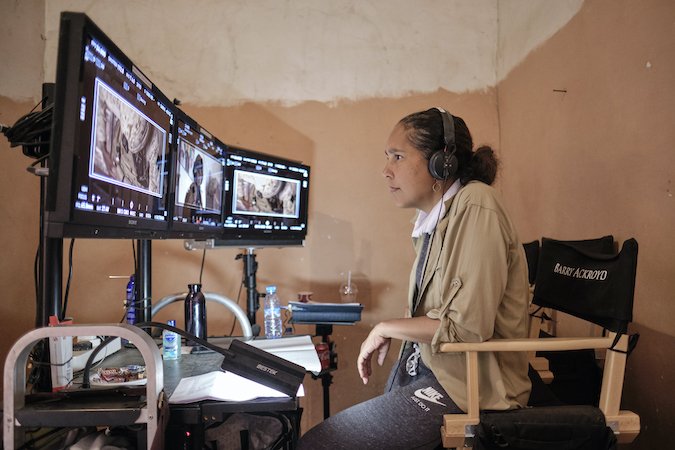 Director Gina Prince-Bythewood has wanted to shoot an action movie for a long time — but the road to The Old Guard had plenty of obstacles.

“This industry is about overcoming no,” Prince-Bythewood says in the latest MovieMaker Interviews podcast, and she’s been overcoming no throughout her career. You can listen on Apple or Spotify or right here:

Prince-Bythewood talks on the podcast about how she overcame plenty of rejection on her first feature, Love & Basketball, about two neighbors played by Sanaa Lathan and Omar Epps connected by sports and love.

“You just need one yes,” she says. “But it’s hard. Don’t get me wrong, there were many days where I was on the floor.”

She went on to work on films including The Secret Life of Bees and Beyond the Lights. But she also wanted to make a comic-book adaptation, and to break into that world, she became a director on the Freeform series Cloak & Dagger, about two teenagers from very different backgrounds who have vast and complimentary powers. That opened doors to other comic-book projects, including The Old Guard.

In the Netflix film, Charlize Theron plays the leader of a group of very old (but young-looking) band of warriors trying to do good. Prince-Bythewood leads a serious-minded adaptation with plenty of twists and John Wick-style gun-fu.

But the film, based on the comic-book story by by Greg Rucka, doesn’t settle for mere action. The Old Guard is the rare comic-book film — and action film — that includes two women and two gay men among its leads. And the battles they fight aren’t against fictional supervillains, but adversaries who are very much based in the real world.

The Old Guard, directed by Gina Prince-Bythewood, is now streaming on Netflix.

Star Wars: The Bad Batch to Debut on Disney+ in 2021
The 10 Coolest Masks in Cinema History