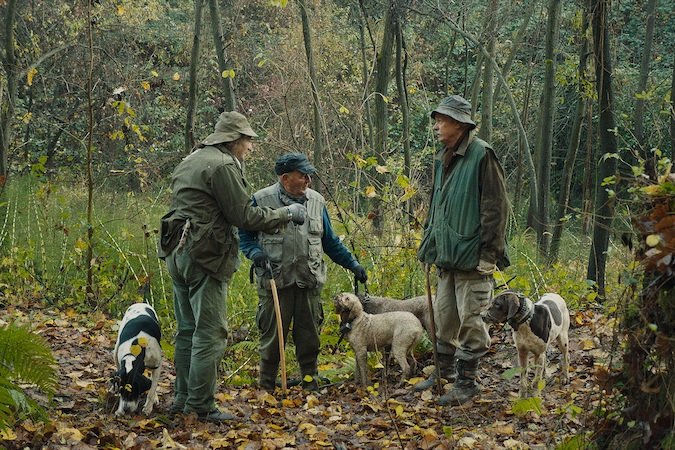 Michael Dweck and Gregory Kershaw, collaborators on the racing documentary The Last Race, found themselves traveling through the same parts of Northern Italy in 2017 by pure happenstance. What they discovered that summer led them to befriend an entire village, and to begin following the secretive old men who became the subjects of their documentary The Truffle Hunters. Here, Dweck and Kershaw explain how they were driven by curiosity.
Michael Dweck: Greg and I both have an obsession about searching for worlds that have held on to traditions and retain their identities, where globalization and technology haven’t stripped away the soul of these cultures and communities. And these worlds are disappearing rapidly. We had stumbled upon this region of Northern Italy in August of 2017. We caught the thread of this place that had a mystery and magic to it. Everything in this world was a secret. There was also something about this place that was quite different. This was a place that seemed to not be touched by modernity. Modern technology hasn’t taken over their lives. They weren’t walking around with iPhones, they weren’t on laptops, they didn’t even have computers, they didn’t have TV sets.
People in this little village in August were asking us, why are you here now? Why aren’t you here in November? We asked what’s so special about November? They said, well, it’s white truffle season. We didn’t know what that meant. What are white truffles? Where do they come from? And of course they told us it’s a secret. 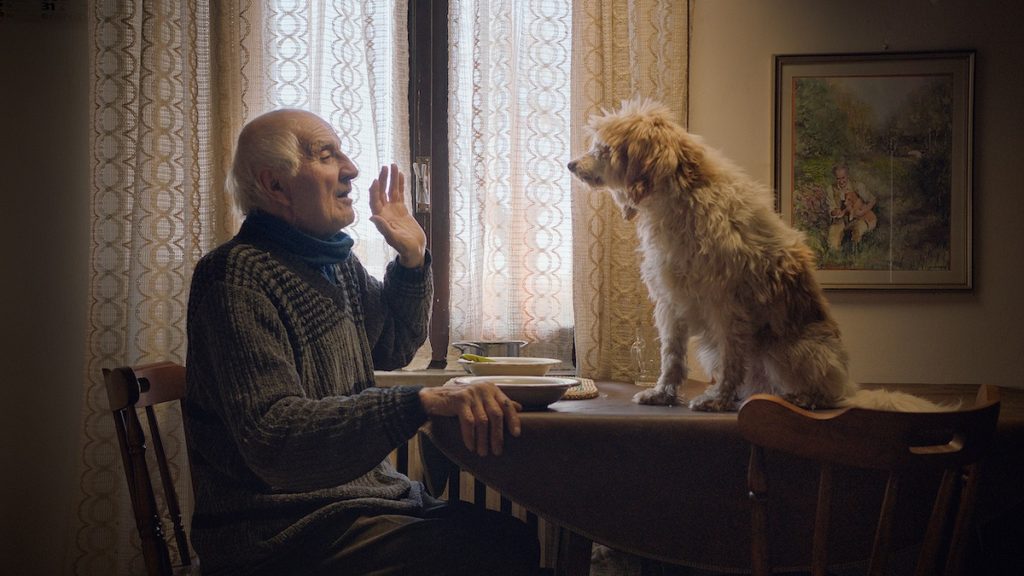 They told us, well, there are these old guys that live in these mountains way up in these hills. We’ve never seen them, we don’t know who they are. We’ve heard they’re kind of crazy, but when we want a truffle we put 50 euros into a wooden box outside of our trattoria, and magically, the next morning, a truffle appears in that box. Written on the wall in pencil since the ’40s, the owner of the trattoria had every truffle he’s ever purchased, the price and the date he bought it.
We asked around, and we were introduced to the touristy truffle hunters, the people that have these uniforms and they bury truffles in the ground. They take tourists and dig these things up, and then they have a meal and they leave. But that in fact wasn’t who the truffle hunters were. The people that really truffle hunted go out at night from midnight to six, seven in the morning. They hunt in the dark, so nobody sees them, so their secret spots are kept secret. And they also have no interest in sharing anything with anybody else, even with their friends.
They don’t tell people where they go, they don’t tell their wives, they don’t tell their children. They keep everything in these secret diaries. Imagine, our characters are in their 80s, and they walk 15 to 20 kilometers a night with no lights. But we noticed their lives were filled with joy and a passion to find these things. It wasn’t really about the money. They’re all retired farmers. And that, in essence, is what drew us to this place. It felt a lot like a storybook in a fairy-tale kingdom. And we wanted to just dig in and learn more.
Gregory Kershaw: It took us probably a year of just spending time in the communities getting to know not even the truffle hunters, but first getting to know the priest and getting to know the restaurant owners and getting to know the fabric of the town. And then they started letting on the secret of who the truffle hunters might be. And we started to meet some of the real truffle hunters. We didn’t think of it as gaining access, we thought of it first as building friendships with the people that we were filming. And we tried to enter into the world and we were fascinated by this place. 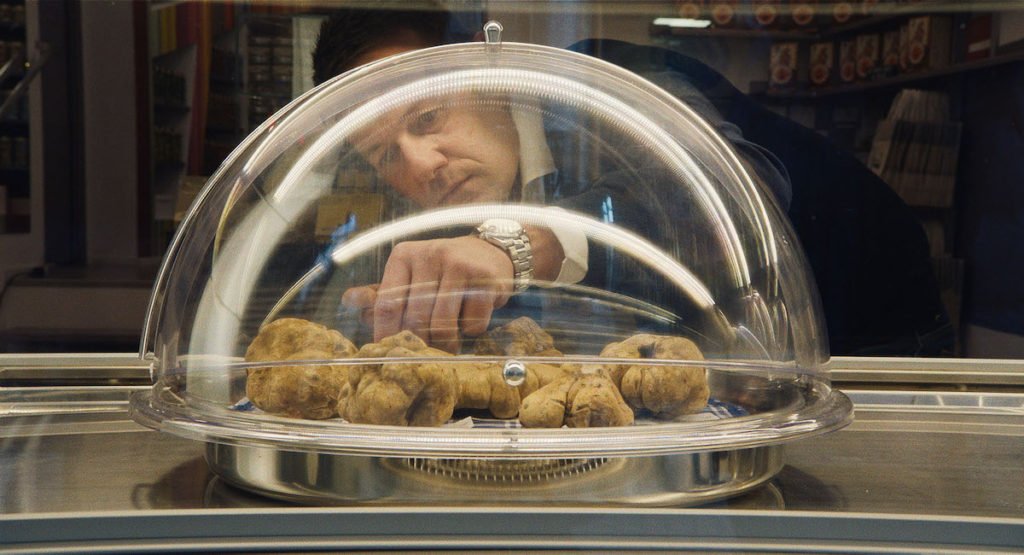 So we approached it with curiosity, with a desire to make friends, and with humility. We spent time with them. It was a while before we pulled out a camera. And when we did, we tried to bring them into the process of filming. We would shoot a little bit and show them what we were filming. We would show them how we saw their world. That helped them get comfortable with the idea of us filming more with them, because they saw that we loved their world, and we respected their world. In some ways, they don’t think of their lives as being extraordinary.
Also read: The World to Come Producer-Star Casey Affleck: ‘If You Write More Drafts, the Writing Gets Better’
But through reading newspapers, through gossip, they understand the changes that are happening in the world, they understand the changes… that technology is bringing to the world. And they see a lot of the things that they love — this connection to nature, this sense of community, the sense of place to their families, the connection with their animals, with their dogs — they see that’s disappearing in the world.
When they started seeing the footage and engaging with what we were trying to do, they realized how important what they were doing is.
The Truffle Hunters, directed by Michael Dweck and Gregory Kershaw, opens in theaters tomorrow, from Sony Pictures Classics.
As told to Caleb Hammond
Continue Reading
Advertisement