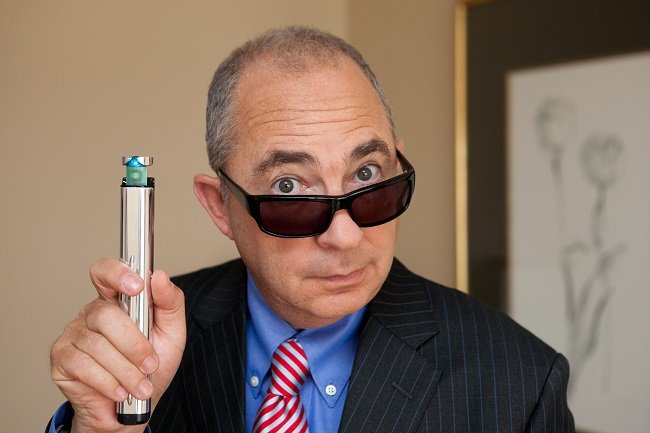 For nearly a decade before his directorial debut, The Addams Family, Barry Sonnenfeld was earning his stripes as a director of hard-core pornography (once making nine features in nine days!), and then made the unusual switch to DP on such illustrious films as Blood Simple, Raising Arizona, Big, When Harry Met Sally… and Misery. Since introducing a new generation to Uncle Fester and the rest of the gang, Sonnenfeld then made a career of directing and producing offbeat comedies including Get Shorty, RV and the Men in Black trilogy. As an executive producer, Sonnenfeld helped spearhead the much-loved shows Pushing Daisies and The Tick, and his credits as a producer include Enchanted and The Lady Killers. He is currently engaged as a producer on the eagerly anticipated fantasy sequel Enchanted 2, slated for release sometime this year.

These rules work for me. Everyone has a different way they direct. I suspect several of these rules wouldn’t work for Michael Mann or Michael Bay. But then again, they’re not what I’d call comedy directors.

1. Direct from the camera, not the monitor. Stand next to the camera and watch the actors acting. Don’t watch your movie being made on a television set at a video village. At “cut,” you can immediately get in and talk to the actors before you forgot what you wanted to tell them. You are their audience. Don’t be lazy.

2. Lenses are great tools; let them work for you. Wide-angle lenses are funny, telephoto lenses are handsome. If you’re using lenses longer then 21 mm, you’d better have a damn funny script and really funny actors. In addition, comedy plays best in two-shots —action and reaction in the same shot. Cary Grant dressed in a bathrobe; Katherine Hepburn calling him “Mr. Bone.” It’s funny because you can see them both in the same shot. Don’t cut to a close-up for the punch line. Let the audience decide where the comedy is. Don’t explain your jokes.

3. Ask the crew to stop using pronouns. Directing is hard enough without having to spend precious time and brain cells trying to figure out who the assistant director means by “he,” especially if the “he” in question is a single syllable name. Both “Will” and “Josh” have the same number of syllables. Don’t say, “He’s going to be late.” That forces me to respond with “He?” You do the work, don’t ask me to.

4. Pre-production is worth everything; it’s where movies should be made. Time is cheap and there’s little pressure during pre-production. The nightmare I always try to avoid is looking out some window on the set and seeing grips and electrics playing Frisbee and napping on sound blankets, while I’m standing in the corner with the cinematographer trying to figure out where to put the camera. Shot list and storyboard your entire movie before starting. You can change things on the set, but at least you have a plan. Plus you won’t look stupid when you ask where the technocrane is and the crew doesn’t have a clue what you’re talking about, because no one knew you wanted to shoot the scene from a high angle.

5. Rehearse. The last thing most directors want to do is rehearse the last couple of weeks before shooting. There are a million seemingly more pressing issues like locations, wardrobe and budget, but you have to rehearse. It’s better to hear where the clunky dialogue is now (and better to discover the actor doesn’t understand why he’d still be in the scene after what was said in the previous scene) before you get to the set. If you don’t rehearse, you’ll end up rehearsing on the set while the crew is playing Frisbee and napping on sound blankets.

6. Every question is important, and every question deserves a specific answer from the director. No one, from the prop guy to the actors, wants the director to say, “I don’t care…you decide.” One of the biggest jobs of a director is to decide on a tone and to keep it consistent. That tone is created and sustained by answering millions of boring questions: what color do you want the file folder? What car is he driving? Who are we casting? How big should the gun be? How loud should the gun be? How loud should the explosion be? Who should be in the frame? Should we go to lunch or go into meal penalty to finish this angle? They’re all equally important. And they all have to be answered by the director.

7. Be kind. Don’t yell. Remember everyone is working hard and trying to do a good job. You’re not such a genius yourself. MM